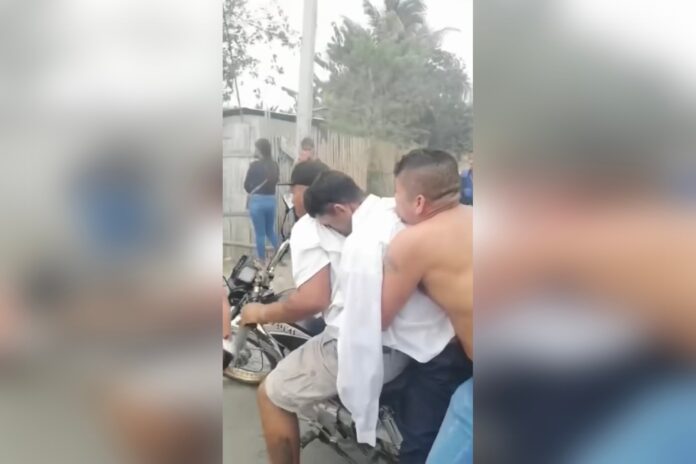 A group of motorcyclists in Ecuador took the body of their dead friend from its coffin, put it on the back of a chopper and leaned it against the driver’s back, as half a dozen men cheered,  the Daily Star reported.

Images show Erick Cedeno’s corpse poised to hit the road. The friends claimed they got his parents’ permission, the paper said.

Cedeno, 21, was shot dead last weekend on the way to a loved one’s funeral, according to the outlet.

Police called the spooky stunt “an aberrant and unhealthy activity” — but they’re not investigating, because no one’s complained, the paper said.