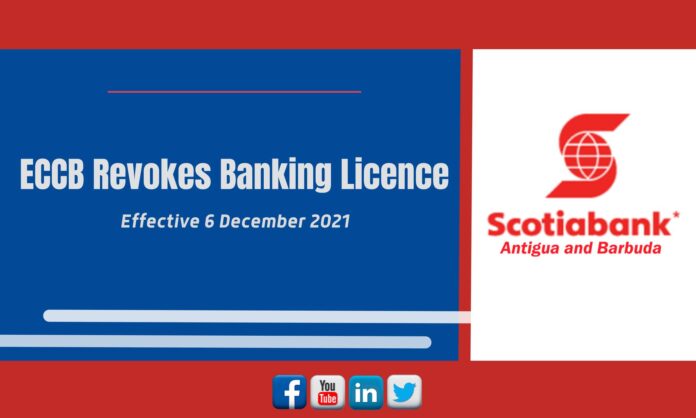 In accordance with Section 43 of the Banking Act No 10 of 2015 of the laws of Antigua and Barbuda, the ECCB, in consultation with the ECCB Monetary Council, approved the transfer of Bank of Nova Scotia’s assets and liabilities to the Eastern Caribbean Amalgamated Bank Limited, on 1 September 2021.

The ECCB further advises that given that transaction, Bank of Nova Scotia no longer requires a banking licence.

Bank of Nova Scotia’s banking licence was revoked in keeping with section 14 of the Banking Act. The Bank will publish a Notice of Revocation in the Gazette and a newspaper in Antigua and Barbuda.