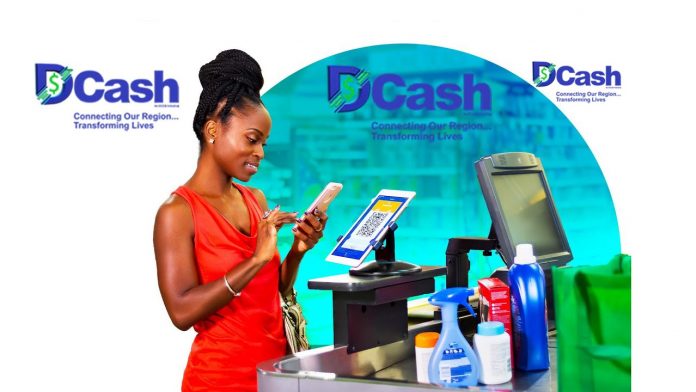 The Eastern Caribbean Central Bank (ECCB) officially launched its digital currency -DCash on Wednesday, touting the initiative as being safer, faster and cheaper.

The four pilot countries where the public can obtain DCash are  Antigua and Barbuda, Grenada and Saint Christopher (St Kitts) and Nevis and Saint Lucia.

“Payments are the lifeblood of every economy,” Antoine said.

As a result, he noted that the ECCB regards the payment system as a public good.

Antoine explained that the payment system should work for all, except illicit actors.

And he highlighted the advantages of digital cash over physical currency.

“In the context of the ongoing pandemic where physical and social distancing are required, DCash offers a contactless method of payment that serves us well in our new normal,” the ECCB Governor stated.

Antoine also asserted that payments and transfers are ‘near instantaneous’- about three seconds.

In addition, he disclosed that there’s no charge for D-Cash transactions because the ECCB has made that upfront investment.

According to the ECCB Governor, the bank has been careful to imbed anti money laundering and combatting financing of terrorism protocols in the D Cash design.

He also said it incorporates industry  standards and best practices as they relate to cyber security.

The DCash pilot phase will run for 12 months.

Afterwards, the ECCU will roll the initiative out to other member states of the Eastern Caribbean Currency Union (ECCU).

The ECCB says consumers can gain access via the DCash App on their smart devices.

They may also  obtain DCash from their commercial banks, credit unions or other authorised institutions.

In addition to the payment functionalities, users of DCash can send money to friends and family who also use the DCash App.