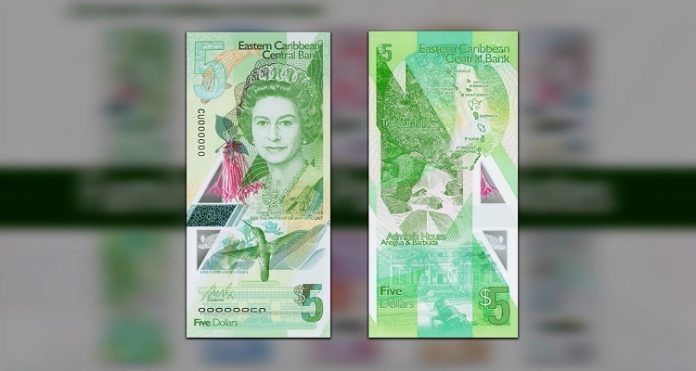 The Eastern Caribbean Central Bank (ECCB) is projecting that the polymer five-dollar note will be released by the end of March.

The ECCB launched its family of EC polymer notes in May 2019 with the new $50. The $100, $20 and $10 have since been issued. The release of the five-dollar, which was initially projected for September 2020, has been delayed due to a decrease in demand for the note.

The Acting Director of the Currency Management Department Rosbert Humphrey, says that although five-dollar notes are in circulation more than any other denomination, it is the least demanded note.

Humphrey further explains that the polymer five-dollar notes may not be issued in all of the ECCB member countries at the same time, as the commercial banks in each country have a different level of stock which would determine when the new notes are released.