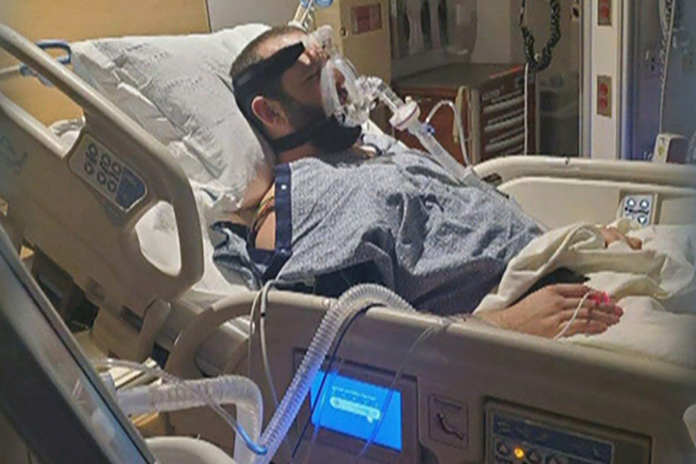 A 31-year-old father has been removed from the heart transplant list at a Boston hospital because he is refusing to get the COVID-19 vaccine, his family said.

DJ Ferguson was first on the list to receive the transplant at Brigham and Women’s Hospital — but he is no longer eligible because of his vaccination status, CBS Boston reported.

His father, David Ferguson, said his son — who is fighting for his life in the hospital and is in desperate need of the transplant — doesn’t believe in the COVID-19 vaccine.

“It’s kind of against his basic principles, he doesn’t believe in it. It’s a policy they are enforcing and so because he won’t get the shot, they took him off the list of a heart transplant,” David told the outlet.

“My son has gone to the edge of death to stick to his guns and he’s been pushed to the limit.”

Ferguson has two children and is expecting a third with his partner Heather, according to a GoFundMe page set up for him.

Brigham and Women’s Hospital, which is a Harvard teaching facility, said its policy requiring recipients to have the COVID-19 shot is in line with many other transplant programs across the US.

“The COVID-19 vaccine is one of several vaccines and lifestyle behaviors required for transplant candidates in the Mass General Brigham system in order to create both the best chance for a successful operation and also the patient’s survival after transplantation,” the hospital said in a statement.

The Centers for Disease Control and Prevention also recommends that immunocompromised people, which includes organ transplant recipients, be vaccinated because they are especially vulnerable to COVID.

Ferguson’s family are thinking about relocating him to another hospital that doesn’t have the vaccination policy — but fear he is already too weak to be moved.

“We are aggressively pursuing all options, but we are running out of time,” David said.

The family said the care he’s received so far at Brigham and Women’s Hospital has been great — but his relatives can’t ignore Ferguson’s beliefs.

“I think my boy is fighting pretty damn courageously and he has integrity and principles he really believes in and that makes me respect him all the more,” David said. “It’s his body. It’s his choice.”

Ferguson has been hospitalized since November ever since his lungs started filling with blood and fluid due to a hereditary heart issue, the GoFundMe page said.

The fundraiser said that his resistance to the vaccine also has to do with his fears of heart inflammation, which health officials have said in rare cases have been associated with the shots.

“But in DJs case he can NOT afford for his heart to swell any more than it already is right now. He is at extremely high risk of sudden death if it does,” the page said.

“We have had many conversations with the doctors, who confirmed that his heart COULD swell and go into severe crisis but they can’t guarantee anything and it’s a choice we will have to make if he wants to be listed.” 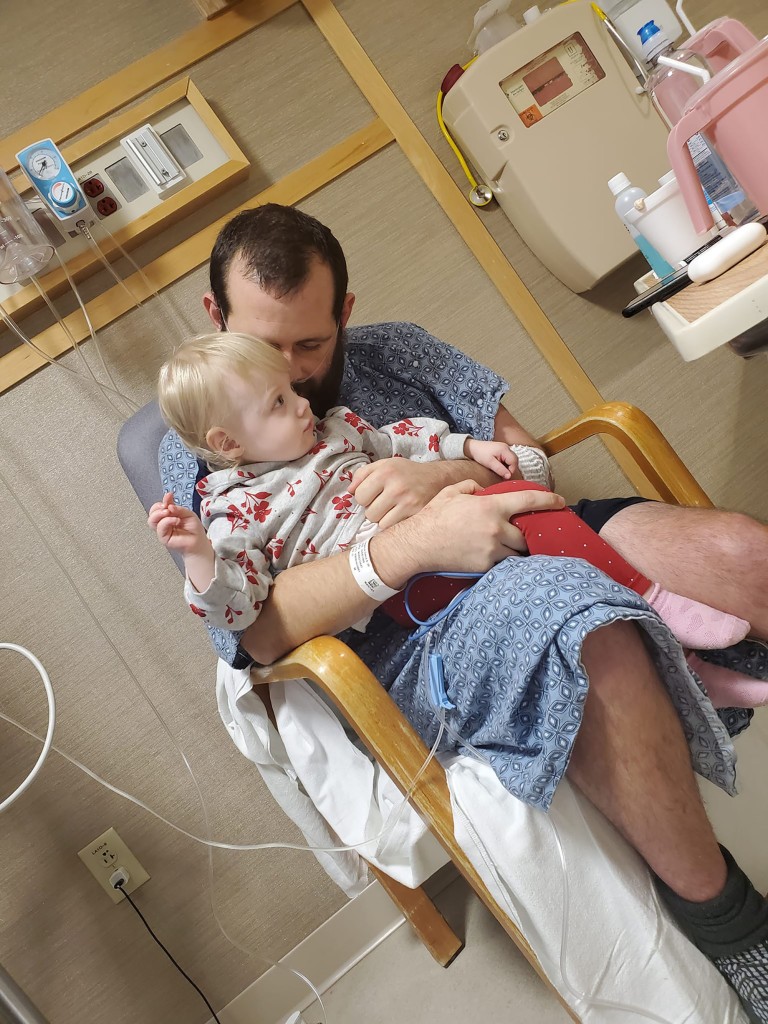 Both Ferguson and his partner Heather, who are self-employed, have been unable to work since he was admitted, according to the site.

It wasn’t immediately clear what Ferguson did for a living, but the site said his “job requires much physical labor.”

Ferguson isn’t the first patient to be denied a transplant due to his vaccination status.

Colorado woman Leilani Lutali was removed from the kidney transplant list in October because she — and her donor — hadn’t been vaccinated.

UCHealth, which operates hospitals and urgent care facilities throughout Colorado, said the COVID vaccine was one of several measures patients needed to take to give the organ the best chance of not being rejected.

The health system said the driving force behind its vaccine policy was studies showing transplant patients are more likely to die if they contract COVID-19. The mortality rate for transplant patients who get COVID is more than 20 percent, according to UCHealth.

“An organ transplant is a unique surgery that leads to a lifetime of specialized management to ensure an organ is not rejected, which can lead to serious complications, the need for a subsequent transplant surgery, or even death,” UCHealth told The Post at the time.

“Physicians must consider the short- and long-term health risks for patients as they consider whether to recommend an organ transplant.”

Ohio man Mike Ganin, who is vaccinated against COVID, was denied a kidney transplant last October because his donor hadn’t received her shot.

“I don’t want to get the vaccine. I’ve got reasons — medical, religious, and also freedom,” the donor, Sue George, told WKYC.