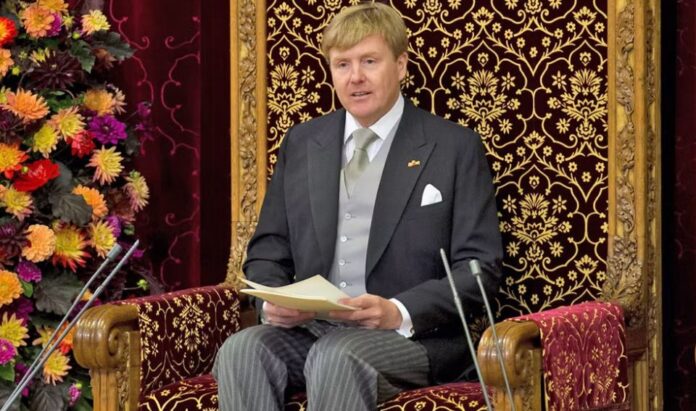 Dutch King Willem-Alexander welcomed the government’s apology for the Netherlands’ role in 250 years of slavery in his Christmas address on Sunday, saying it was the “start of a long journey”.

Prime Minister Mark Rutte on Monday officially apologised for the Dutch state’s involvement in slavery in its former colonies, calling it a “crime against humanity”.

“Nobody today bears responsibility for the inhumane acts that were inflicted on the lives of men, women and children,” Willem-Alexander said from the palace of Huis ten Bosch in The Hague.

“But by honestly facing our shared past and recognising the crime against humanity that is slavery, we lay the ground for a shared future — a future in which we stand against all modern forms of discrimination, exploitation and injustice.”

“The apology offered by the government is the start of a long journey.”

The Netherlands funded its “Golden Age” of empire and culture in the 16th and 17th centuries by shipping around 600,000 Africans as part of the slave trade, mostly to South America and the Caribbean.

The Dutch government says several major commemorative events will be held from next year and has announced a 200-million-euro ($212-million) fund for social initiatives.

Willem-Alexander promised that the topic would retain the royal family’s attention during the commemorative year and that they would remain “involved”.

But Rutte’s move went against the wishes of some slavery commemoration organisations who wanted the apology to be offered on July 1, 2023.

Descendants of Dutch slavery will then celebrate 150 years of liberation from slavery in an annual celebration called “Keti Koti” (Breaking the Chains) in Suriname.

The leaders of Caribbean island Sint Maarten and Suriname in South America regretted the lack of dialogue from the Netherlands over the apology.

Some former Dutch colonies have demanded compensation for slavery and criticised the government for not offering concrete actions.