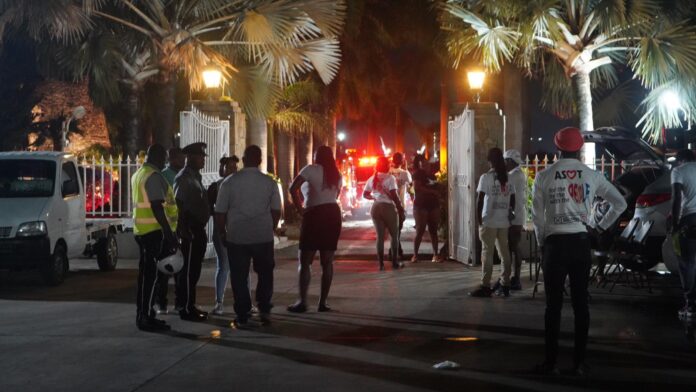 St John’s, Antigua, January 16, 2023 – Tonight, 15th January 2023, the Dryhill home of Asot Michael, the independent candidate for St Peters and his business place at High Street were the subject of a bomb threat. The incident occurred just before 10:30 pm where the Police, Ambulance Service and Fire Service arrived on the scene.

This incident occurred at the end, another day of hard campaigning. The independent candidate, Asot Michael reported the matter to head of the Criminal Investigation Department Assist Commissioner of Police Mr. Cabral.

The commitment for a prompt investigation never materialized. This incident comes upon the recent report of drones flying over the home of the candidate less than a week ago. This occurred while close to 80 of his campaign workers were conducting campaign duties.

A request was made by the candidate to trace the calls made to his cell number. The candidate even went further and reached out to Attorney General Hon Steadroy O. Benjamin, Minister responsible for Justice and National Security.

An assurance was given by the AG that the CID would conduct an immediate investigation. At the time of writing this press release, however, the candidate was still waiting to give a formal statement on the matter.

The candidate is therefore calling on the Commissioner of Police Atlee Rodney to provide the necessary security measures for his life, family and his many campaign workers. The candidate assures the public his mission of representing the good people of St Peters will not be derailed.