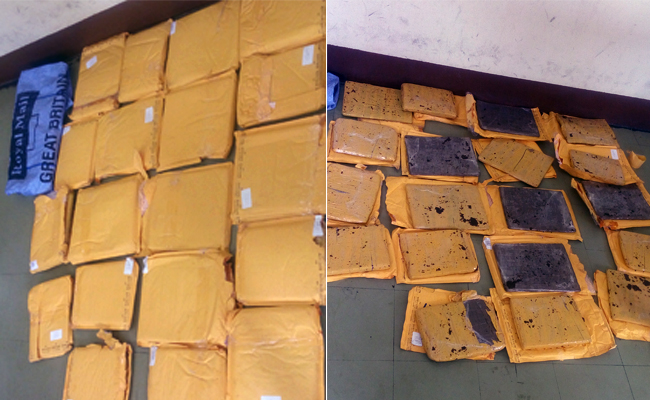 Officers from the Narcotics and K-9 unit while on routine patrol at the General Post Office on Tuesday 17th July, 2018, the K-9 indicated on a mailbag which originated from Jamaica and addressed to Antigua.

The mailbag was opened by the Customs Task Force in the presence of the narcotics officers and inside were three genuine mails and 19 large brown envelopes each containing a compressed slab of plant material resembling the controlled-drug cannabis weighing 21.5 pounds with an estimated wholesale value of $86,000.00.

There were no writings on the packages indicating who the packages belongs to. The Packages with the drugs were taken to the Police Headquarters.

Investigation into the matter is ongoing.