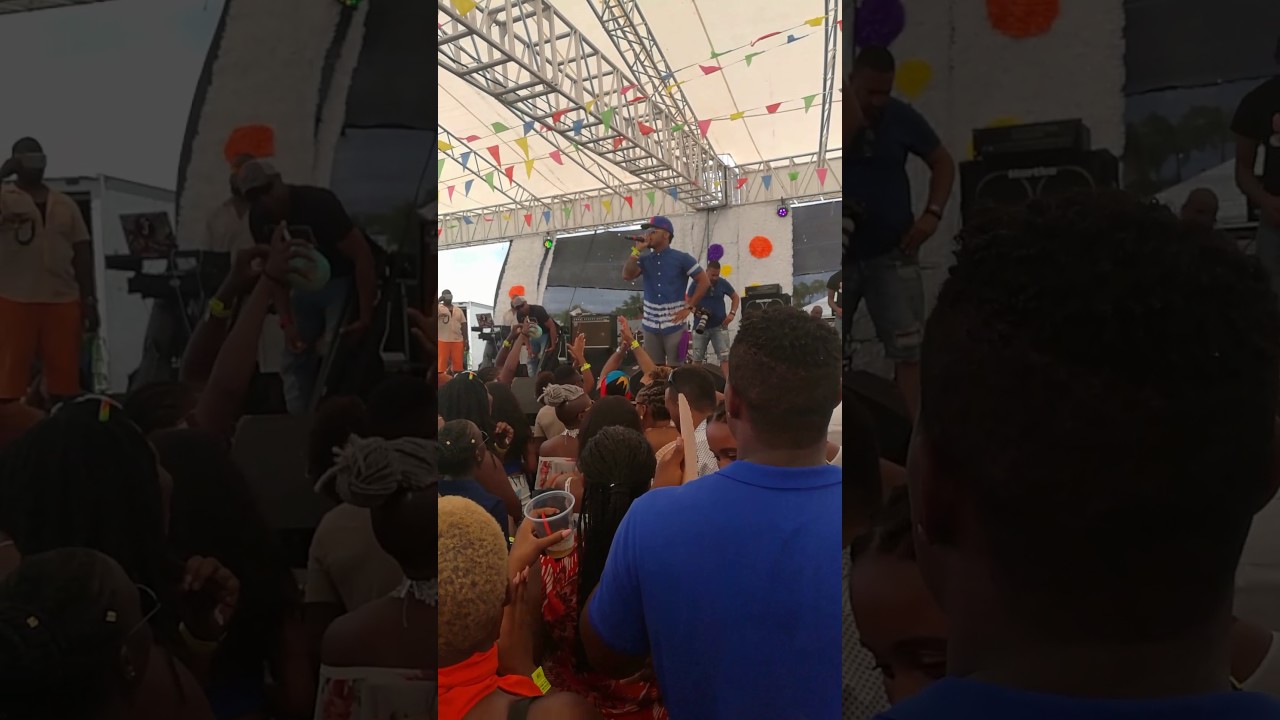 The just concluded Breakfast Fete was the front line of a feud which escalated today between the reigning party monarchs.

Ricardo Drue and Tian Winter spared no punches as they exchanged words in front of a packed crowd at Splash Antigua this afternoon.
After their awkward on stage moment at Carnival City this morning, the rift escalated to an all out feud.
It was Ricardo Drue the Jumpy Monarch who landed the first blow, asking the audience whether they thought Claudette Peters had won the groovy title.
The crowd responded in the affirmative and it was at that point that Drue declared CP the 2017 groovy champion.
Drue also announced that he will be pulling out of future party monarch competitions in Antigua.
The artist said he would focus his attention instead on mentoring local acts.
But in immediate response Winter who initially declined to respond, launched a fiery attack against Drue.
He called the singer “ungrateful” adding that Drue had forgotten the opportunity given to him by others in the past.
Winter also accused Drue of sitting on a high horse.
The feud dates back to 2016 when Drue used his party monarch performance to remind the audience of a battery charge against Winter.
The two have managed to keep the tension out of the public glare until Winter won what many believe to be an unpopular groovy title.
Today’s escalation indicates how bad the rift is.
Meanwhile, Claudette Peters who gave an impromptu performance at Breakfast Fete agreed that the judges decision is final.