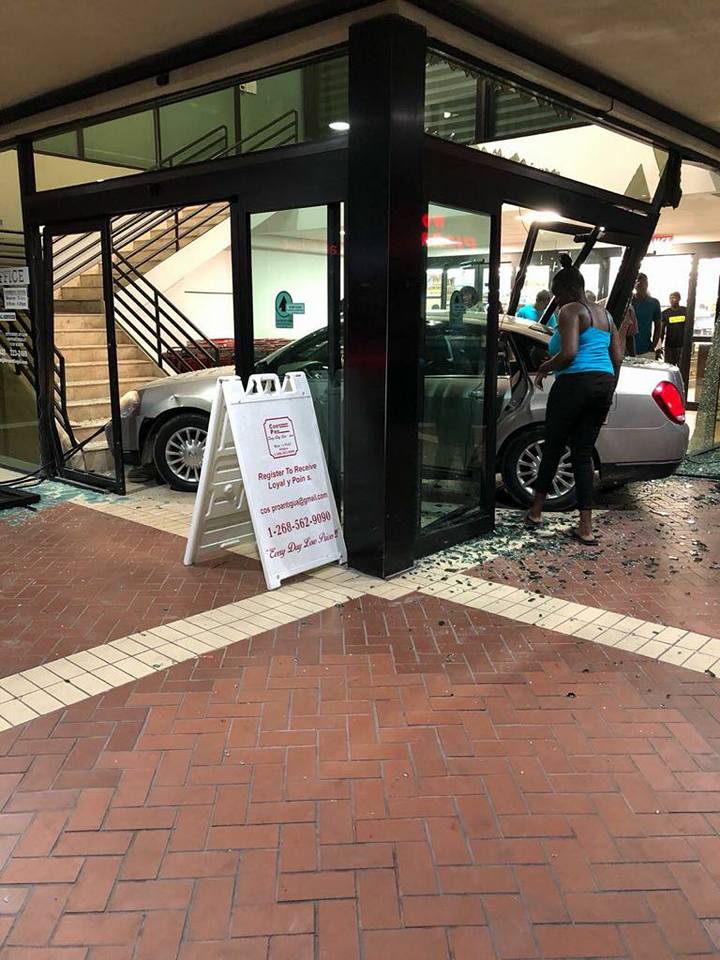 Antigua News Room has learned that the two men who were remanded to prison for dangerous driving this week were freed the next day.

Both men were released on a bond of $3000 with no cash component nor reporting requirements.

They each had to provide two sureties before they were released.

Defendant, Brad Samuel was charged with Dangerous Driving after he crashed into the glass doors at Cost Pro last Friday night. No one was injured in the crash.

The other defendant, Kenroy Samuel crashed into an SUV Sunday night at the junction of Old Parham Road and Sir George Walter Highway.

A female passenger of the SUV was rushed to the hospital with serious injuries following this incident.