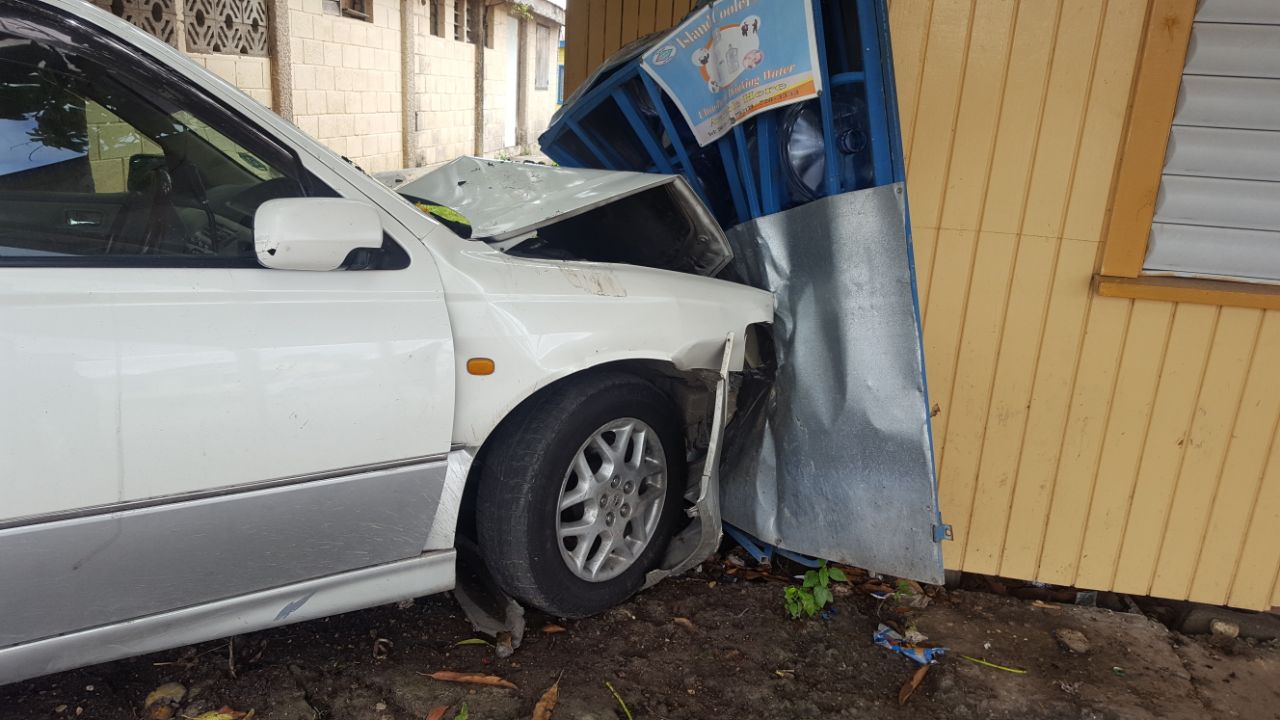 A pedestrian was hit by a vehicle in All Saints this morning while the driver trailed his lover in another car before crashing into a restaurant.

Antigua News Room (ANR) can confirm that the incident occurred in the wee hours of the morning while the two vehicles were headed in the direction of English Harbour.

People familiar with the bizarre situation, told ANR, that both vehicles were driving at high speeds in the All Saints village as the man chased his female lover.

Before the car crashed however, the driver hit a pedestrian lower down in All Saints village. Sources say he continued to chase the other vehicle.

The condition of the pedestrian is not yet known.

As the high-speed chase continued, the driver lost control of his vehicle and slammed into the Bitar Restaurant on All Saints Road.

Police and Crime Scene Investigators were seen looking for evidence this morning.

Investigations are continuing. It is said the driver fled the scene but it is not certain whether he has been apprehended by police. 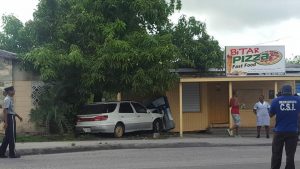