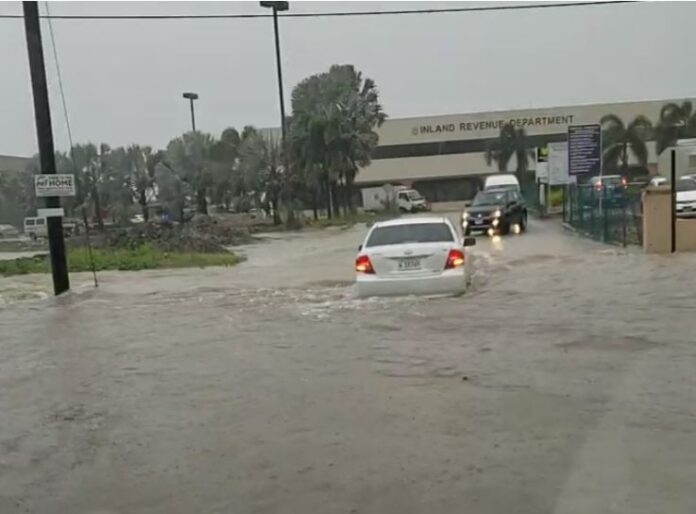 The flooding in some areas of the island earlier this week can be attributed to the huge amount of rain that fell within a short space of time, instead of blocked or otherwise inadequate drainage, according to Cabinet spokesperson Information Minister, Melford Nicholas.

The heavy rainfall on Monday and Tuesday rendered many roads impassable, with the water levels rising to several feet in some instances.

During the post-Cabinet media briefing on Thursday, Nicholas dismissed the notion that the flooding was caused by poor drainage and explained the reality of the situation.

“I think when you would have looked at any of the video documentary, that would have been shared profusely on social media, there wasn’t any evidence of large amounts of debris associated with the passage of the floodwaters, so by and large, the drainage systems would have been overwhelmed.

“Even when you look in St John’s, in the open drain system that has been there for decades, those too would have been overwhelmed because of the increased volume of water. When you look at a market street, for example coming down from All Saints Road, I would have seen a video where the entire street was converted into a drain,” Nicholas said.

He added that in his constituency, St John’s City East, the drains around the Woods Pond area were overwhelmed with the large amount of water but the short time it took for the floodwaters to dissipate was testament to his argument that the drains had not been compromised.