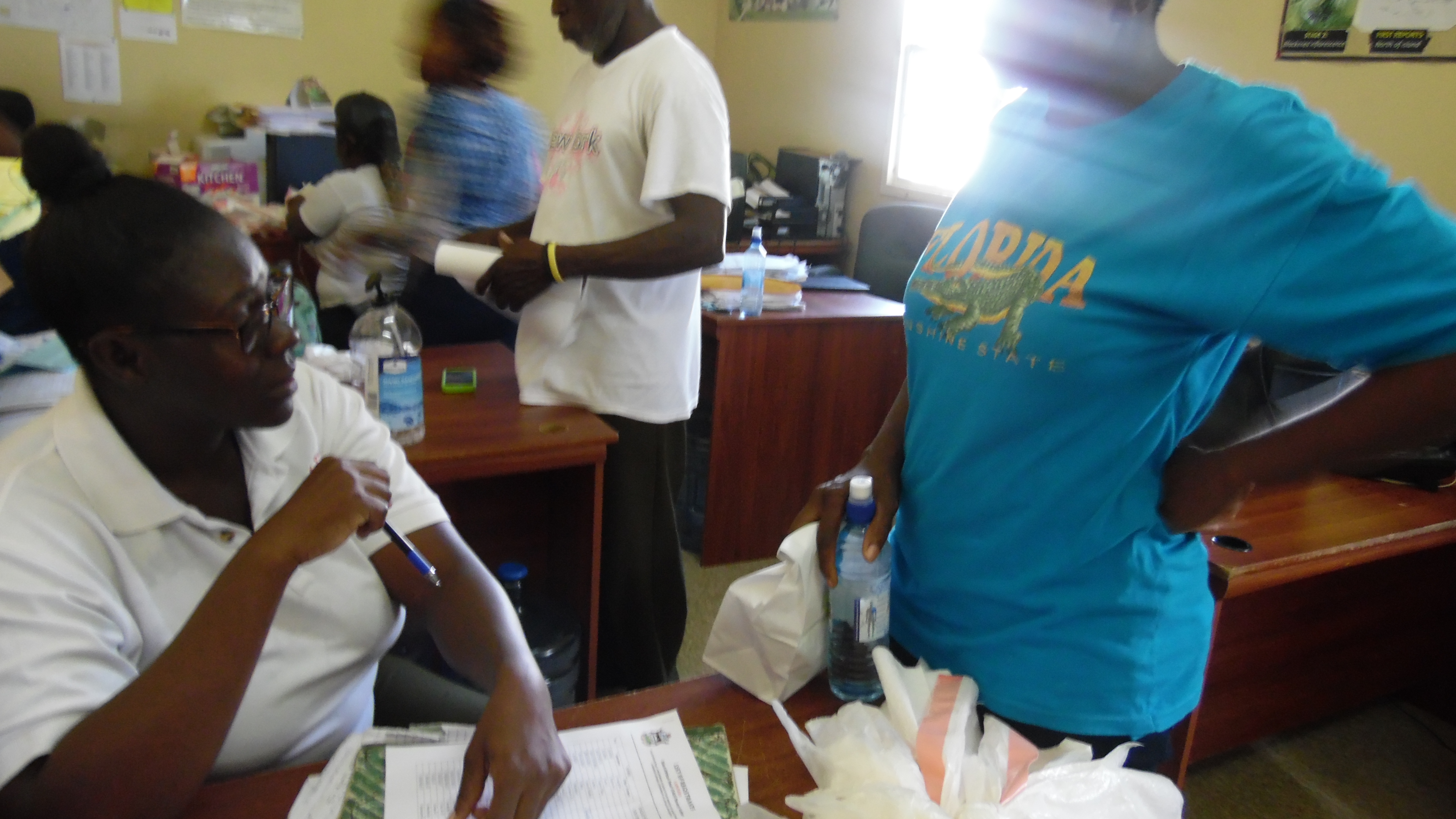 A briefing with persons interested in being Snail Bounty Hunters was held this morning (Mon) at the Plant Protection Unit on Friars Hill Road.

Chief Plant Protection Officer, Dr. Janil Gore-Francis officiated the session and took time out to highlight the rules of the first-time initiative in Antigua.

Earlier this month, the Ministry of Agriculture launched the Giant African Snail Bounty Hunter Programme and urged interested persons to register as the Plant Protection Unit intensifies its eradication programme for this destructive snail.

The Chief Plant Protection Officer fielded a number of questions and concerns from the workers who were eager to know more about safety measures, compensation and hunting areas.

All of these were addressed in-depth by Dr. Gore-Francis who stated that efforts will be made to assign workers in areas where they reside.

There are a number of hot spots for snails across Antigua to include Radio Range, Jolly Hill and Pigotts among other areas.

The workers who signed a three-month contract for this particular project were reminded of the importance of carrying their duties with the discipline that is required for the programme to be effective.

The workers were also reminded that no more than 30 pounds of snails should be collected in a single plastic bag and they were further advised to collect the snails on Sundays to Thursdays as much as possible to avoid the stench associated with snails that have started to decay before they are disposed of.

Plastics bags and gloves were distributed to the workers of the programme today (Mon) and Plant Quarantine Officer Inika Brooks gave a brief demonstration of safety procedures, including how the gloves should be removed after collecting the snails.

She also shared other valuable tips that are important to those involved in the exercise.   To date, 55 registrants have been approved for the programme and 20 have already signed their contracts.

Payment for collection of the snails is at a rate of one dollar per pound.

In using the Bounty System , the participants are being urged not to focus only on reducing the amount of adult breeders in the population, but the small snails and even the eggs are to be targeted as well.

The snail is a hermaphrodite and can multiply in enormous amounts. It has proven to be destructive to many local crops, forcing some farmers to find alternative ways of protecting their livelihood.

Every one snail produces 1200-1400 off-springs and between 5-6 months, they can produce again and add to the snail population.