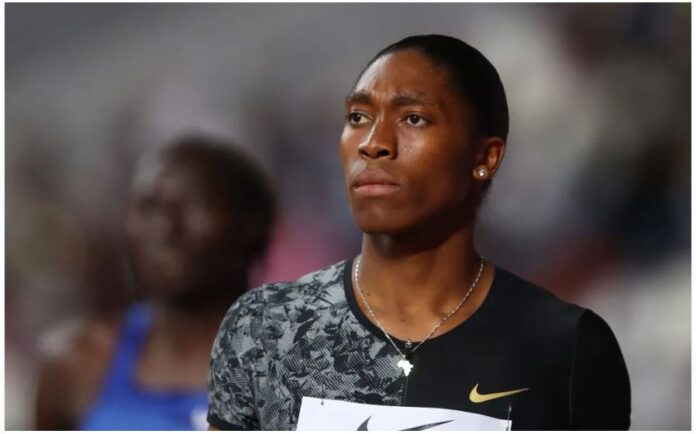 Double Olympic champion Caster Semenya said she offered to show her vagina to track officials when she was just 18 years old to prove she was a female. CLICK HERE TO JOIN OUR WHATSAPP GROUP.

She also accused the world athletics body of making her take medication that “tortured” her and made her fear that she was going to have a heart attack.

The Telegraph published what it said were parts of an interview the South African runner did with HBO Real Sports.

In the interview, the Telegraph said Semenya reflected on the 2009 world championships in Berlin, where she won the 800-meter world title in dominant fashion as an 18-year-old newcomer at her first major athletics meet.

But her performance and muscular physique led the world track body to order the teenager to undergo sex tests, causing a firestorm of controversy.

According to the Telegraph, Semenya said track officials from the governing body “probably” thought she had a penis.

Following her world title win, Semenya was forced by the world track body to take medication that artificially lowered her naturally high testosterone if she wanted to compete against other female runners.

Although the world track body has never released details of Semenya’s specific medication, it’s believed she took birth control pills or something with similar properties to lower her testosterone.