Police have charged three men in connection with the shooting death of 20-year-old Xavier Thomas.

Dorian Marshall, Shalom Bailey, and Jason Millett were earlier this evening slapped with murder charges for causing the death of Thomas on Friday.

The woman was three months pregnant.

Bailey and Millett have been assisting police with their investigations since Saturday but they were charged hours after their co-accused Marshall was captured by the police this morning. 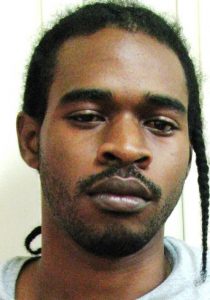 Thomas was shot in Cedar Grove about 9.p.m in an incident which also left two other men injured.

49-year-old Lorne “TI” Nicholas, and Sean Matthew 32, all of Cedar Grove, are recovering from their injuries.

They were sitting on a corner in the village when a vehicle pulled alongside them and an occupant opened fire.