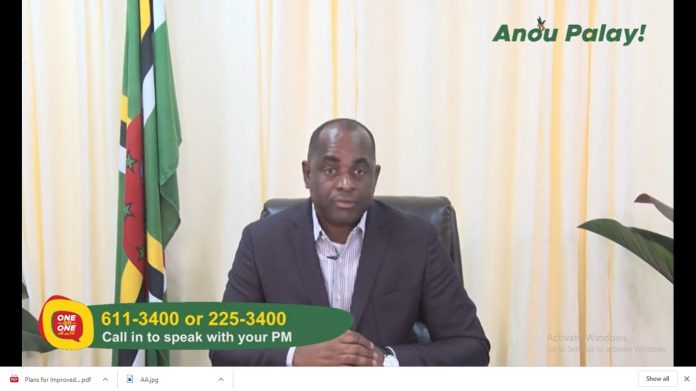 Prime Minister Roosevelt Skerrit has revealed that for the fiscal years 2017- 2020, some 5,814 applications have been approved under the Citizenship By Investment (CBI) Program, bringing in a total of over $1.2 billion dollars.

Based on the information presented by the Prime Minister, the total amount of money paid for citizenships under the CBI program for the fiscal years 2017 to 2020 is one billion two hundred fifty-one million one hundred eight thousand one hundred thirty-five dollars and sixty-nine cents ($1, 251 108 135.69).

Linton’s question to the Prime Minister asked for the  number of citizenships approved and the amount of  money paid for the approved citizenships broken down by economic development  fund, housing real estate, and any other citizenship  access options and receipt disbursement and year end balances for all special finds, trust funds, escrow  accounts and other accounts operation with money derived from and or connected to the CBIP.

The part of the Leader of the Opposition’s question which asked for receipt disbursement and year end balances for all accounts connected to the CBI Program, was not answered in the House.

Meantime, Minister for Health, Wellness and New Health Investment, Dr Irving McIntyre, has indicated that the new Marigot Hospital is being constructed by Montreal Management Consultant Establishment (MMCE) with funds from the CBI Program.

Dr. McIntyre was responding to a question from Opposition Leader, Lennox Linton, in Parliament on Monday. Linton asked for the tender requirement for the design and  construction of the Marigot hospital and health center pursuant to the provision of the Dominica  procurement act, the date of the issues of tender, the names of the companies to whom the tender was awarded and the accepted tender price.

The Health Minister stated that the construction of the hospital and health center was undertaken as a project approved by the government and  funded under the Citizenship By Investment Program (CBIP).

“The company to whom the contract was awarded is Montreal Management  Consultant Establishment . This company  has delivered previous projects of high quality and  within satisfactory time frames,” Dr. McIntyre responded.

He added, “Agreements for approved development authorizes the project developers or developer to procure such goods and services detailed in its approved project development proposal and budget which would allow it to deliver both the Marigot  hospital project  and the health centers within the stated time period.”

As it relates to the funding of these projects, McIntyre disclosed that MMCE  is utilizing financing secured from its own sources  and  government has agreed  to recompense MMCE for construction of the said facilities by providing to them allocations under the Citizenship by Investment Program from which the  company will be permitted to recoup and raise the financing  required to construct those facilities.