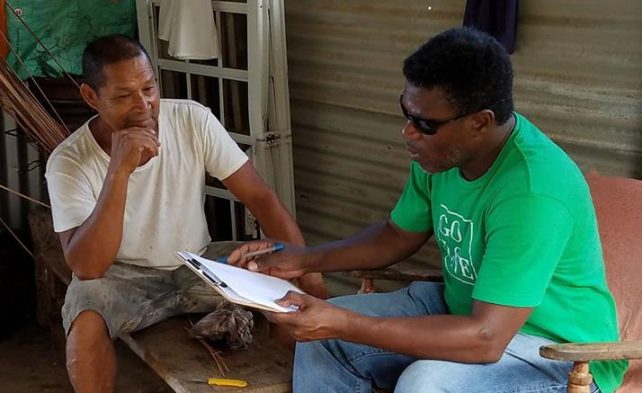 A poll conducted by Alex Bruno has suggested that 82 percent of respondents favor regime change in Dominica and 90 percent agreeing that there is a need for electoral reform on the island.

However, it also showed that there were misgivings about possible alternatives by those who favored change with 32 percent being undecided.

It was conducted between May 19 and 28, and according to Bruno, the purpose “was to gauge the public’s opinion on the performance of the Dominican government and the strength or favorability of the opposition United Workers Party and other political parties ahead of the next constitutionally due general election.”

“The latest findings suggest that 82 percent of respondents favor regime change in Dominica with 90 percent agreeing on the need for electoral reform,” Bruno said in a statement upon completion of the survey.

But, he said, those who favor changed had misgivings about the possible alternatives.

“Sixty-two percent of respondents self-identified as Dominica Labour Party (DLP) supporters, while 38 percent declared that they support the Dominica United Workers Party,” Bruno said. “Both UWP and DLP suffer similar decline in support (a little under 8 percent) while 32 percent of respondents declare that they will wait and see what happens before committing to vote either way or for another party.”

According to Bruno, the undecided revealed various reasons for their inductiveness, especially as it relates to rebuilding after Hurricane Maria and the disparity in the handling and distribution of relief, recovery and rebuilding initiatives.

“Eighty-six percent of those who responded to the survey suggest that relief supplies were not fairly distributed with 65 percent approving of government’s overall handling of the Maria recovery,” he stated. “Thirty percent of respondents say that government was excellent in all areas of the recovery; 33 percent said government’s efforts were good, 18 percent said disappointing and 19 percent said poor.”

The survey was designed by Bruno and he said it was a “random, convenience qualitative exercise” which was “conducted under the strictest rules which are demanded by this design method.”

“Survey professionals had to agree to a practice of strict political neutrality and were duly trained to collect data. This exercise which was conducted under the banner of the Caribbean Agency for Political Advancement (CAPA) sought the opinion of adults who are 18 years and over by the time of the polling,” he said.

Bruno stated that the majority of respondents were in the 18 – 35 and 36 – 50 age categories and the major issues which they responded to were housing, corruption, electoral reform, farming, Jobs and economy fisheries and agriculture, integrity in public office and youth empowerment – in that order.

The other parties which feature in the polling were the Dominica Progressive Party (DPP), the Dominica Freedom Party (DFP) and the People’s Party of Dominica (PPOD) which polled a little over 3 percent collective.

He said the poll was commissioned and partly financed by parties with interest in electoral politics in Dominica.

This latest poll is Bruno’s third such political undertaking.