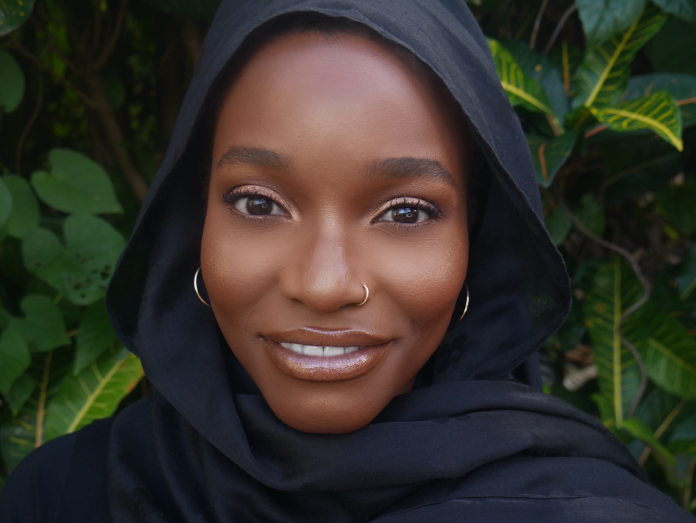 After 6 years of spiritual reflection and growth, AbiYah Yisrael is back recording. Currently signed to a new label, Chayah Studios, she has cut a string of recordings at the label’s studio in Castle Bruce, Commonwealth of Dominica. One of her latest “Herb Tree” featured on BBC Radio 1Xtra and Vybez Radio Kenya. “Herb Tree” climbed its way to #2 on the reggae dancehall charts and the top 100 on the Norwegian iTunes charts ,after its release in March. In the midst of the pandemic she was also able t o release another “Corona Virus” (Plan-Demic)” which did well. Her recent releases reflect her embrace of the Torah and teachings of the Hebrew Scriptures as she knits powerful lyrics into conscious reggae grooves.
“Herb Tree” which refers to the tree of life was a collaboration between AbiYah and Ever Blazzing Production out of Germany. This song is a version done on the I Great Riddim, an international compilation produced by Ever Blazzing Productions . The tree of life represents the “healing of the nations” planted in “waters that never dry” which symbolizes the Messiah. In addition the “Herb Tree” represents all herb good for food medicine and consciousness. Shot and edited by “by accident films” AbiYah delivered a powerful panoramic video for the single. The lush landscape of Dominica clearly depicts and accompanies the message conveyed in her lyrics. “Herb Tree” music video gained over 20k views on YouTube (Reggaeville) and over 60k on Facebook.  https://youtu.be/vT82tMxdTUM

Mondo Local ” herb tree is an uplifting ode to the powers of nature”
“Corona Virus” released in April, takes a look at COVID-19 from a scriptural perspective as an end-time warning to stay out of Babylon. This song was produced by Hilroy “ObadYah” Alfred at Chayah Studios. The lyrics serve as a reminder to eat well and stay healthy , at the same time pressing the need for preventative hygiene. A lyric video and music video were produced for this single. The music video shows how life has changed and will continue to change due to COVID-19. The videos were produced by Michael Lees. The album artwork was drawn by Dominican artist Sarama Rolle. The lyric video so far has over 10k views on Youtube (Reggaeville). https://youtu.be/wIp7nPvvR9A , https://youtu.be/gDyTr8IovNQ
AbiYah Yisrael is from the Commonwealth of Dominica. From the tender age of 6 she has been involved in music taking part in various competitions and live shows. In 2012, at that time”Nicole Christian”, she released a gospel album called “Speak To Me’. From then AbiYah started university where her perspective on religion , life and history shifted causing her to pull back from gospel music for about 6 years, after which she reemerged as a new artist singing what she refers to as “Truth Music”. She is heavily influenced by the music of Nasio Fountaine, Garnet Silk, Jah9, Marcia Griffiths, Denis Brown, Lucky Dube, Aretha Franklin, Whitney Houston,  among many others. AbiYah sees herself as an African, a daughter of Israel and her music reflects those views. Clear as the crystal waters of Dominica AbiYah delivers vintage sounds of Afro-Caribbean roots meshed with a spiritual lyrical adroitness. This is heard through her new and prior releases such as “Kum Ba Yah” and “If we could love”. AbiYah (Ah-Bee-Ya) means Yahweh is my father.
Follow AbiYah
Instagram : https://www.instagram.com/abiyahmusic
YouTube: https://www.youtube.com/abiyah7
Spotify: https://open.spotify.com/artist/1zWjAGgDAsvrWdg2W2IM15
SoundCloud: https://soundcloud.com/abiyahyisrael
Facebook:https://www.facebook.com/abiyah.truthmusic
Purchase Tracks
iTunes
https://music.apple.com/us/album/corona-virus-single/1506438803
https://music.apple.com/us/album/i-great-riddim/1498659576