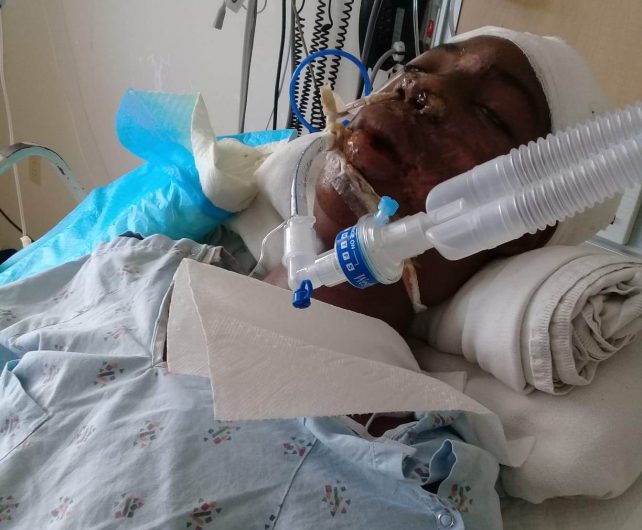 One month after he was severely beaten and left for dead, Jahhym Azoo says he is afraid of walking the streets in Antigua and Barbuda.

Azoo who is Dominican is recovering at home but he tells Dominicanewsonline that he is afraid that those who attacked him would do it again.

He said he is aware that only two boys were charged and they have been released and are at large.

Azoo said he would rather return to his homeland where he will be more at peace.

Meantime his family has set up a go fund me page to assist in his medical bills which now stands at a whopping $70 thousand dollars.

When Azoo was admitted to the Mount St Johns Medical Center in St Johns he had severe bleeding to his brain coupled with a broken nose and jaw. The entire bottom row of his teeth was also knocked out.

Doctors had given him a fifty percent chance of survival.

Police insists that two young boys did the atrocious act but the victim maintains it was five.