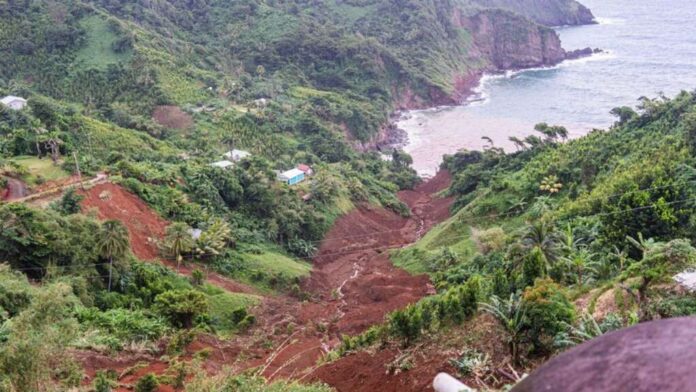 Dominica’s Prime Minister Roosevelt Skerrit has revealed plans to relocate families in the east and southeast of the island who were negatively impacted by floods and landslides last weekend.

In giving an update on Friday, on the recovery process in the aftermath of last week’s floods, Skerrit said the government is looking at safe locations and the residences have already indicated their willingness to move.

“We have started discussions in the Government and I have shared this with the residents who I met during my visits to San Sauveur and Petite Soufriere that we have to look at relocating. We have done this before and we can do it again,” he said.

Skerrit said he hopes the move will not take the residents too far away from the communities they once called home.

The prime minister stated that the weather events like the trough that recently affected the country, will be a new reality for Dominica and Caribbean states due to climate change.