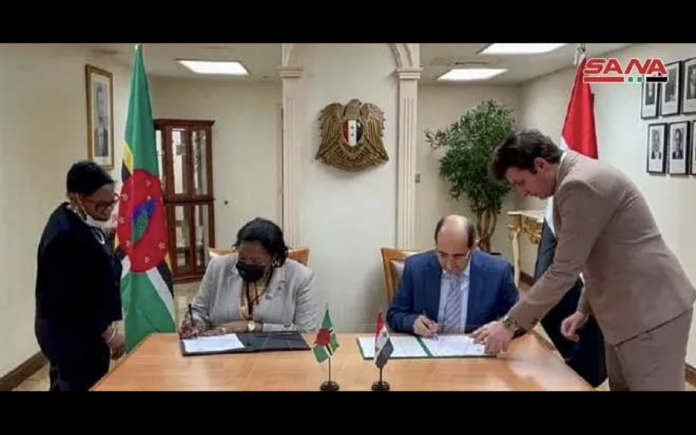 Skerrit stated that after having discussions with the Minister of Foreign Affairs and Senior Government officials and lawyers he immediately summoned a meeting with Bannis-Roberts at his office in person on March 17, 2022. 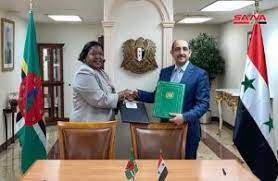 New York, SANA- Syria and the Commonwealth of Dominica signed on Monday an agreement on establishing diplomatic relations between the two countries.

The signing ceremony of the agreement took place at the headquarters of Syria’s permanent delegation to the United Nations in New York.

Ambassador Sabbagh stressed that the establishment of diplomatic relations between the two countries represents a prelude to establishing multifaceted bilateral communication, cooperation and coordination, in addition to exchanging support at international forums.

For her part, Ambassador Roberts hoped that all possible bilateral cooperation opportunities would be discovered and developed in various fields.

The agreement shows the two countries’ common desire to adhere to the universal ideals stipulated in the Charter of the United Nations regarding friendly relations between member states.

The agreement also expresses both sides keenness to adhere to the high standards stipulated in the Vienna Convention on Diplomatic Relations and the establishment of bilateral partnerships to achieve the goals of sustainable development 2030 and exchange experience for the benefit of the two countries.

It is noteworthy that the Commonwealth of Dominica gained independence from Britain in 1978 and became a member of the United Nations in the same year.