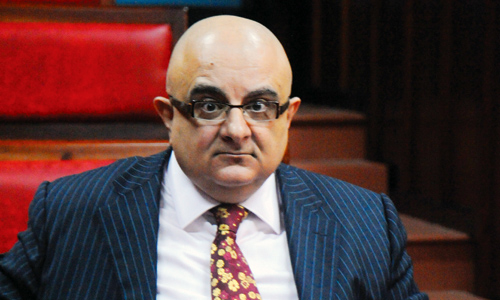 Senior Counsel Anthony Astaphan is distancing the present Dominica government from any blame regarding r allegations that a Dominican registered ship was involved in a suspected breach of the United Nations Security Council sanctions against North Korea.

“This debate has to start and end with the October 1, 1999 agreement signed by the then government of Dominica, three months before general election where the government gave, transfer, vested in, and conferred exclusive, absolute jurisdiction on an American company called Dominica Maritime Registry Incorporation, to flag or to manage, own and operate a registry which flags ships of convenience with Dominican flags or flags of convenience in Dominica,” he told the state-owned DBS radio. 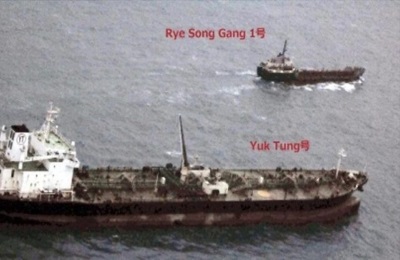 The Dominica Maritime Registry has so far not issued any statement on the matter.

Earlier this week, Japan told the United Nations about a North Korean tanker spotted in the East China Sea that it suspects was engaged in a transfer of goods with another tanker in defiance of U.N. sanctions.

The Japanese Foreign Ministry in a statement on Wednesday said the North Korean-flagged tanker “Rye Song Gang 1” – blacklisted by the United Nations last month for carrying banned cargo – was spotted by a Japanese Maritime Self Defence Force patrol plane with the Dominican-flagged tanker “Yuk Tung” tied up beside it in the East China Sea last Saturday.

The Ministry said that the two boats were lit up and some kind of activity was taking place, adding that the Japanese government strongly suspected them of transferring goods in violation of the U.N. sanctions.

It did not specify what goods it suspected were being transferred.

The ministry also said it appeared that the North Korean-flagged vessel, one of four additional vessels recently denied international port access by the United Nations for breaching sanctions, had disguised its name so that it read “Song Hae.”

“We have reported this to the U.N. and also given this information to other nations involved, including those connected to the Dominican tanker, expressing our concern,” the Foreign Ministry added.

Astaphan, who has been a stout defender of the present administration, said the administration of Edison James should be asked questions about the arrangements that they entered with the American company Dominica maritime registry incorporation in October 1999.

“There are people with their personal and political agenda and hostility (who)… try to condemn, to indict and to incite hatred and animosity against the government when the government is not the one involved in the registration of ships.

“It being done by an American company under the authority of a contract signed on the first of October 1999 and expires on the 30th of September, 2029,” Astaphan told radio listeners adding “those on the other side who are trying to make minced meat into that should hang their heads in shame because they are the ones that left that legacy behind and the potential for the sort of things to happen under this exclusive monopolistic agreement which they signed and transfer the authority to the American company.”

He said further there are no departments in the government which carry such function.

“In addition to that, the government of Dominica does not own the boat, the boat is owned by a Singapore company. It is the boat and the boat owners that gives direction and instructions to the captain of these vessels to go on a particular voyage,” said the Senior Counsel, who enjoys a close relationship with the present administration.