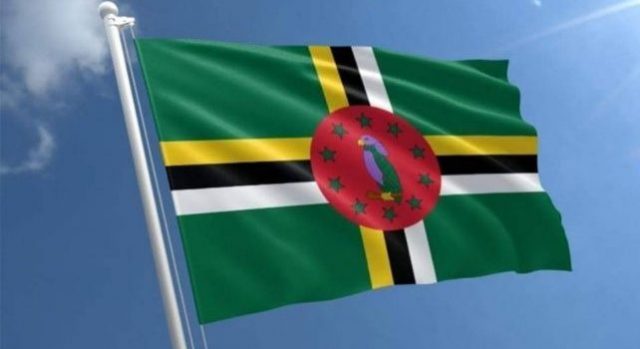 Today is being observed as Flag Day  in Dominica.

Flag Day is observed annually as part of the Independence Day celebrations.

The flag, in more ways than one, depicts the various aspects of the island which make it unique and the Dominican public is called upon every independence to celebrate the island’s flag.

Flag Day was instituted by the Cultural Division as part of Independence Celebrations as a way for the population to display and give recognition to the flag.

It is one of Dominica’s symbols of nationhood and national identity.

The National Flag we know today is the product of the recent design of November 3, 1988.

The flag consists of a circular emblem of red bearing a blue chested Sisserou Parrot standing on a twig. The parrot which must always face the flag pole, is encircled by ten lime green stars. The ten stars are outlined by yellow. This is superimposed by three vertical and three horizontal stripes of yellow, black and white forming a triple colored cross against a general background of forest green. Each symbol and color seen on the flag has a specific meaning and purpose.

The first official version of Dominica’s flag was officially revealed on November 3rd 1978 at the Government headquarters. It was designed by Alwin Bully for a flag competition held earlier that year. Whereas most flags have a maximum of four colors, Dominica’s national flag has eight which makes it more complex and expensive to produce.