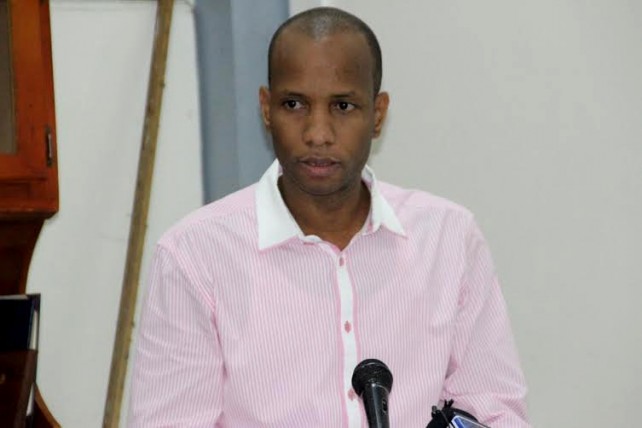 The Dominica government Tuesday called on the Eastern Caribbean Telecommunication Authority (ECTEL) to examine the possibility of reducing roaming rates within the sub-regional Organisation of Eastern Caribbean States (OECS).

Telecommunications, Science and Information Technology, Minister Kelvar Darroux, speaking at a ceremony where the regulator body donated EC$350,000 (One EC dollar=US$0.37 cents) to the Dominica government for hurricane disaster relief, said it is an issue he has always brought up at the ECTEL Council of Ministers meeting.

“ECTEL needs to work speedily in ensuring that the roaming rates, particularly within the OECS territories are something that’s looked at critically to ensure that these rates can be lowered.

“Why is it that you have to leave Dominica and go across to St. Lucia or to Antigua or St. Kitts and you have to pay so much for roaming charges? It is critical in such a small area, the EU (European Union) has gone ahead and done it, why can’t we within the OECS do the same thing to reduce the roaming rates for our citizens within the OECS,” he asked.

Darroux said this is a challenge he was giving to ECTEL, which was established by a treaty in May 2000 signed by the governments of Dominica, Grenada, St. Kitts-Nevis, St. Lucia and St. Vincent and the Grenadines.

ECTEL is the regulatory body for telecommunications and is made up of three components – A Council of Ministers, a regional Directorate and a National Telecommunications Regulatory Commission (NTRC) in each member state.

Darroux said he hoped the matter would be discussed as soon a possible ‘and when the Council of Ministers meet we can take some position on this thing”.

ECTEL said the funds approved by the Council of Ministers to the government and the National Telecommunications Regulatory Commission (NTRC) are intended to assist in the recovery efforts following the devastating impact to the telecommunications infrastructure of Dominica.