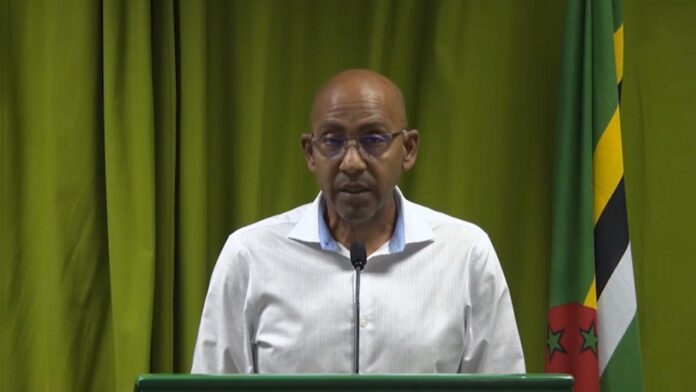 Dominica says new measures regarding travellers entering the island will go into effect on Wednesday even as the island recorded four new cases of the coronavirus (COVID-19).

Health Minister Dr. Irvine McIntyre, appearing Sunday night on the weekly television programme hosted by Prime Minister Roosevelt Skerrit, said a person who is fully vaccinated, will no longer be tested at the airport on arrival.

“What is being done, you will go through the normal usual stuff, you have to wear your mask and you must adhere to physical distancing etc, they will ask you a few questions…but you will have to go to your hotel which has to be a certified nature property or a government quarantine facility”.

McIntyre said on the second day at these facilities a PCR test will be done and the results given within a 24 hour period.

“Those who are not vaccinated, the protocols remain the same. You get to your certified safety nature property or you get to the government quarantine facility and then on the fifth day we have you tested with a PCI or you may just go home and if you are lucky, you may just go home on the sixth or seventh day, which makes a big difference compared to the two or two and a half days,” McIntyre told viewers.

He confirmed that the island, which earlier this month reported it had no active cases or deaths from the virus, had recorded four new cases in recent times.

“The good thing about these four active cases, is that these are cases that we got through the five day testing….so these are not cases we have gotten from the community, these are from the quarantine (facility).

“We remain at zero deaths which is important for us and in terms of the total confirmed cases since we began last year, 180 and we only have four active now, but as I said these four were captured during the five day quarantine. So we have no community cases as such and importantly we actually have zero cases under investigation now,” he added.