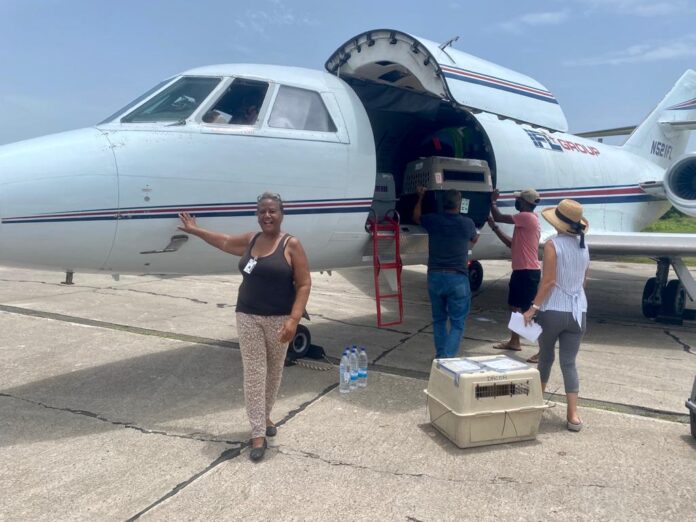 COVID-19 brought the world to its feet and changed lives forever. Animals and many rescue groups that help them were hard hit like Dogs and Cats of Antigua (DACOA), a non-profit group that rehomes rescue dogs overseas to places like the United States, Canada, and Great Britain.

Antigua’s closed borders meant no flights or passengers to transport their dogs overseas, and the rescue group was left with dogs and puppies waiting to get to their adoptive homes. 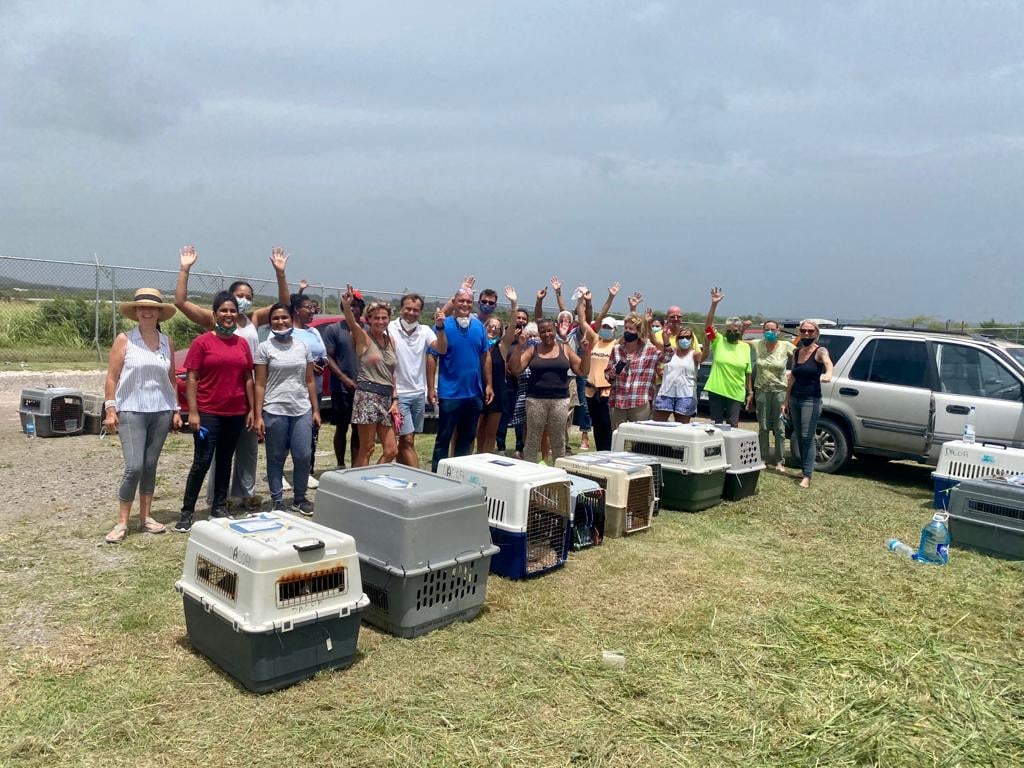 Many of these animals were just small puppies when first picked up, and now were young adult dogs needing more space and attention. This situation also crippled the rescue’s ability to help the many other stray dogs starving and sick on the island’s streets, beaches, and bushes.

The group looked on in awe as rescue organizations on other islands chartered private planes costing approximately $35,000USD and upwards. However, for DACOA, the cost was prohibitive. Then help came in an unexpected form. Giovanna Pari, a regular visitor to Antigua, a member of Dogs and Cats of Antigua, and an Antiguan dog owner reached out to DACOA. Inspired by the need, she spear-headed the Antiguan Puppy Airlift– Freedom Flight initiative with a personal donation of $5,000CC and started a GoFundMe for the group.

Shortly after, two more Canadian donors and an Antiguan resident made generous pledges to help. The balance of the money came from adopters, rescue groups, fosters, GoFundMe donations, and DACOA. 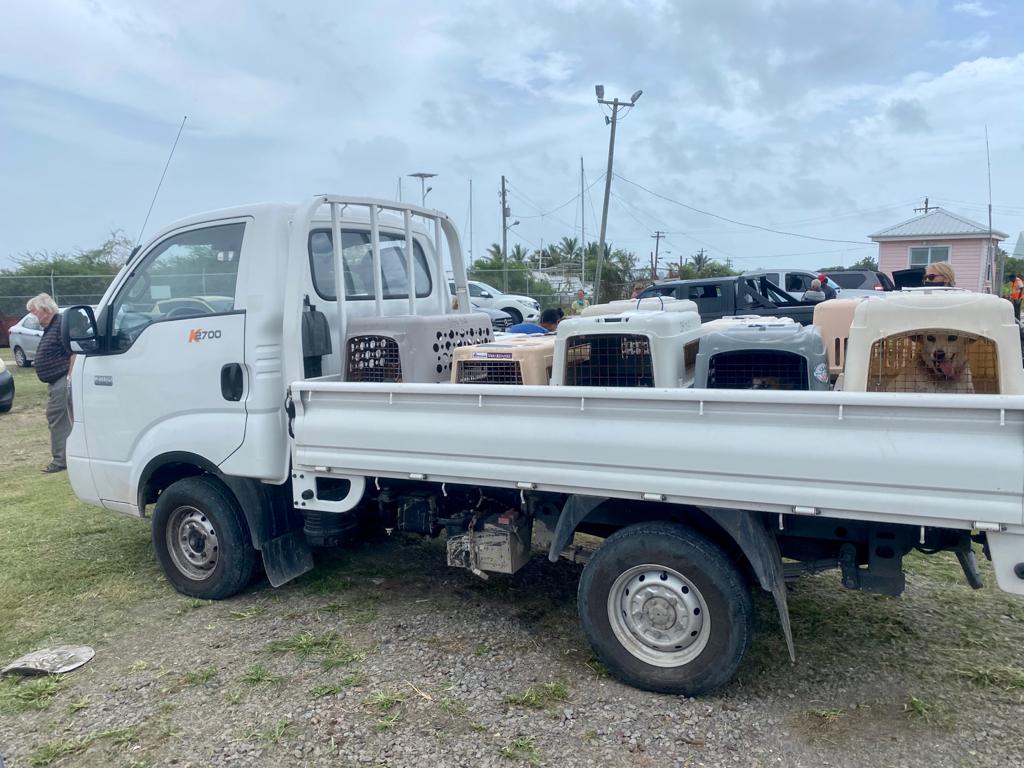 DACOA spokesperson Brittany Barnes, said, “This is epic and we are thrilled! It is the first time Antigua has engaged in such a massive undertaking for dogs”. Fifty-eight dogs and puppies flew to Toronto in a chartered cargo jet from the Signature Air Strip this past Thursday, September 4.

The dogs arrived in Toronto and were greeted by screams of delight as soon as the cargo door opened. Some adopters had driven up to 17 hours to YYZ airport to pick up their new furry family members.

Cindy Bennett of HSDR, one of the Canadian organizers, said “We are genuinely impressed with these dogs’ health, and so was the CFIA vet!” Stories of the joyful reunions have been pouring in and these Antiguan strays are now Canada’s highly desired family pets. Each pet receives numerous applications for adoption and every applicant is thoroughly vetted and screened.

Dogs and Cats of Antigua (DACOA) is a foster-based non-profit, registered and operating in St. John’s. They rescue abandoned puppies and dogs starving and in terrible condition from the streets and bushes of Antigua. These animals then are fostered, vetted, and then transported to Canada, the United States, and Great Britain to be rehomed. 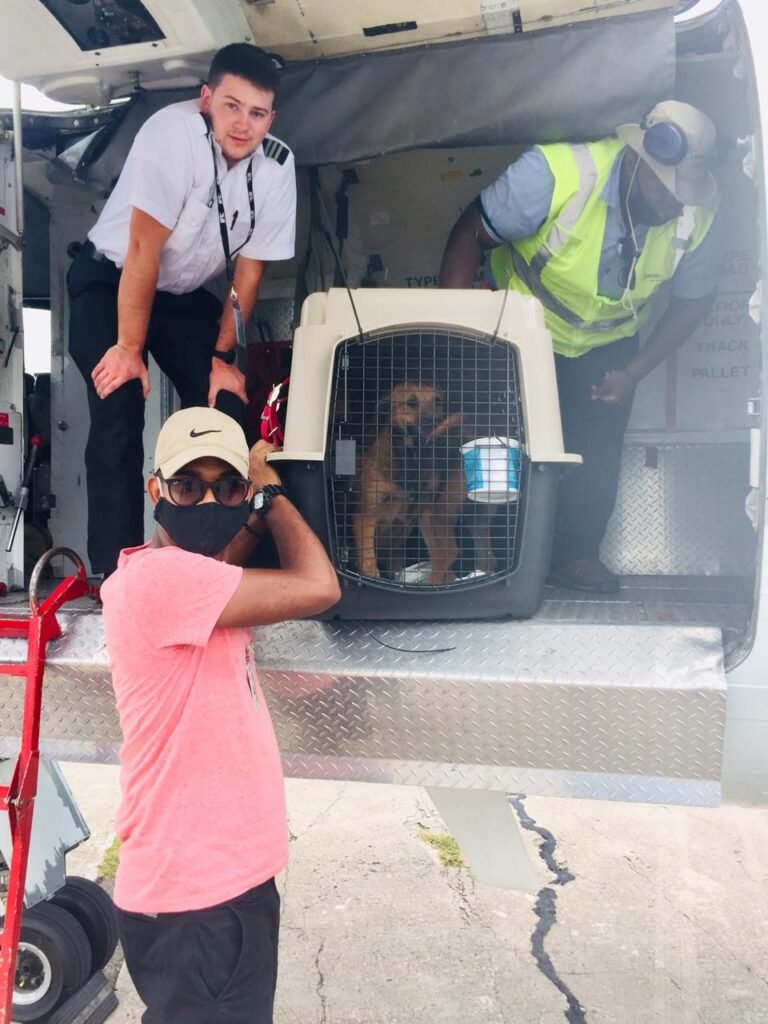