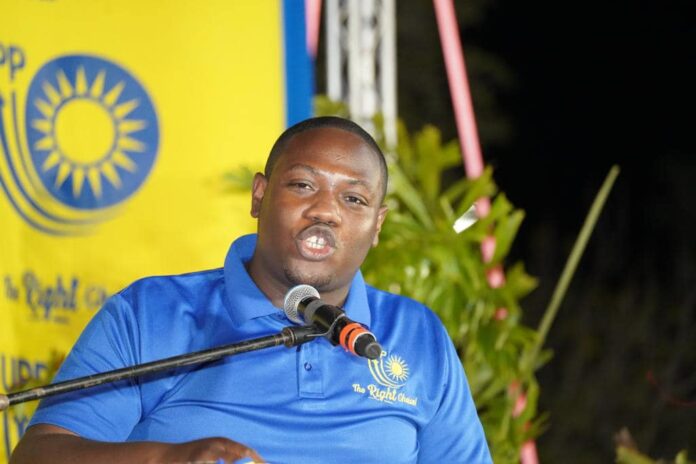 REAL NEWS: Anthony Smith, Jr., for a second time, is rejecting Prime Minister Gaston Browne’s intimations that he and the Antigua Labour Party (ALP) are engaged in discussions regarding a political cross-over.

Only a week ago, on January 18, Smith scored a decisive victory as the United Progressive Party (UPP) Candidate for the All Saints West constituency and will be replacing the ALP incumbent in Parliament.

“I would never betray the trust and confidence that 2,022 voters reposed in me,” Smith tells REAL News.  “Nor would I betray my own values and disappoint my family, colleagues and the UPP by any association with the Labour Party.”

When Browne made such allegations back in 2021, Smith categorically denied them, stating that he had neither met nor spoken to Browne and had not initiated any discussions with him through a third party.  In that regard, he says, nothing has changed.

Pundits say the Prime Minister was wounded by the ALP’s poor showing during the election campaign, when – he has admitted – he was unable to galvanize the support of even his colleagues.  And since he managed to retain only a one-seat majority in Parliament, they say he is nervous about the stability of his Administration.

Therefore, they say, Browne is attempting to use the name of Smith – a rising star in politics – to undermine confidence in the UPP and also to threaten those ALP members he sees as lazy and complacent.

The pundits say Browne would do better to concern himself with the disaffected Cabinet and Executive members who threaten his future than to continue his campaign of innuendo and lies against Smith and the UPP.