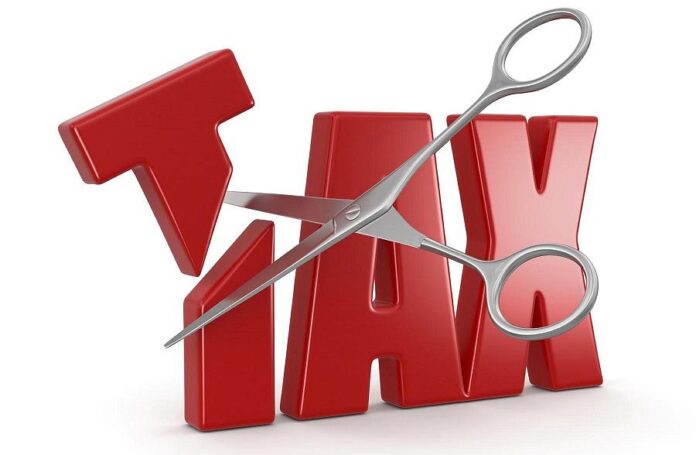 Recently, one of my very thoughtful friends with whom I seldom ever disagree suggested that:

“…the folks that get tax cuts don’t spend; they invest…”

We have seen up front the very damaging effects of policy actions that are aimed at punishing the rich with higher and higher taxes. These punitive contractionary fiscal policy actions are exactly the opposite of what is needed during a severe economic downturn when the masses are desperately searching for alternative sources of funds that would allow them to feed their families and pay their rent on time.

Tax policy can be very complex.  Consider the simplest case of black billionaire – Robert Morris – a graduate of Morehouse College. At the graduation exercises in 2019, Mr. Morris surprised the 400 graduate students by announcing that he would pay off the entire outstanding student debt of the graduating class.  He chose to exercise what Nobel Laureate — Milton Friedman — refers to as the “Freedom to Choose” by SPENDING (U.S.) $34 million of his hard-earned surplus tax money on his own people who he loves dearly, and with whom he shares a common bond.  By donating his money to the students, he enjoyed the benefits of sharing his own wealth rather than have it taken away from him, against his will, allowing others to exercise the bragging rights of giving away that which they did not earn.

The parents consider him a hero.  The huge outstanding balances for room and board and tuition were no longer a financial burden.  He did not issue a military decree as to how the parents and students should spend their windfall game.  He granted them the exclusive right to be “FREE TO CHOOSE” how they spend  their money. The students and parents will remember Morris’ generosity and m Many students will seek to do exactly what Morris has done when they find themselves with surplus cash.  It is in the nature of mankind to give of him- or her-self to others.

By contrast, if Mr. Morris chose not to support the students at Morehouse college and chose instead to park a few dollars INVEST in low risk / low return time savings deposits, the ordinary man on the street would welcome this opportunity.  The parents will submit a loan application and inform the bank that they have a few extra dollars that allow them to qualify for a small loan for repairing a leaky roof or replacing the unreliable family car.  The neighborhood carpenter would be called in to replace the roof, creating jobs for the workers in the neighborhood.

In a similar vein, if Mr. Morris INVESTED in the Park Hyatt hotel on the Peninsular, he would pocket a healthy return on his capital investment.  But, at the same time a large number of locals are going to be hired to work at the site.  On pay day, they will choose to SPEND their hard-earned money and pick up a few groceries or stop at a few Mom-and-Pop establishments on the way home.

The rich are really not bad people.  They cannot hide from us.  Every dollar that they “SPEND” or “INVEST” becomes income for the rest of us.  Because it is “we the people” who must be called on to produce the goods and services that they purchase.  We are the “SECONDARY” beneficiaries of their largesse.

Whether the investor chooses to spend or invest matters a great deal.  Our Nation has established a Prosperity Agenda. The preponderance of the evidence suggests that the Nation’s mission objective in pursuit of a prosperous state will make us better off rather than worse off.

Many of us are old enough to recall the massive human capital exodus that occurred during the late 1950s.  Faced with insufficient income, the masses made an entirely rational decision.  They bailed out and sought refuge in safe harbors that offered higher levels of income that allowed them to pay their rent on time and take care of their loved ones at home.

Today, the human capital exodus that St. Kitts and Nevis once experienced is now being observed in Haiti, the country with the lowest income in the Western Hemisphere.  With a per capita income of U.S. $1,801, a total of 175,000 Haitians fled in 2017.

Today, there is no mass out migration from St. Kitts and Nevis.  We are no longer losing the highly valued top talent pool that is critical to our development and, in turn, the Nation’s Prosperity.  Indeed, what we are observing is a flow of Nationals from other states seeking refuge in St. Kitts and Nevis.

We have learned the hard way.  We have set aside the inclination to impose higher and higher taxes and have learned to live within our means.  By so doing, we have reduced the heavy burden of the high costs associated with paying interest on the outstanding public debt. These discretionary policy actions have freed up resources for spending on other highly valued causes. These actions have allowed us, proudly, to reduce our outstanding public debt-to-GDP ratio from 152 percent in 2005 – the highest among OECS member states of CARICOM — to 57 percent the lowest ratio of the OECS group.  It is a level that is below the regulatory minimum threshold of 60 percent, established by the Eastern Caribbean Central Bank.

Where did the American visit?  A fair share of them visited St. Kitts and Nevis shattering every visitor-arrival record that existed, following the global slowdown in 2008.  In 2019, there were 80,509 stay-over visitors from the USA, an all-time record high.  The same stay-over records were shattered in other OECS member states, which own a larger share of available rooms.  A record high number of stay-over visitors from the USA, richly endowed with their surplus tax money headed for St. Lucia (191,719).  Our neighbor in Antigua and Barbuda also recorded an all-time record high number of stay-over American visitors (123,553) visitors.

This is what people everywhere do with surplus income. It is not rational for anyone of sound mind to hoard their money.  They either spend it or save it.  And the more of their money they spend or invest; the better off each one of us will be.    Why? Because it is “WE THE PEOPLE” who will be called on to produce the goods and services that they demand.

We depend on them for our sustenance.  Without them, we will all be up a creek without a paddle.  We have tried it the Haitian way, and it has not worked well for us.  Today, there is no massive human capital flight out of St. Kitts and Nevis.

Every effort should be made towards recognizing and rewarding our top talent for their supra-normal efforts in sustaining our current Western Hemispheric lead in pursuit of the Nation’s Prosperity Agenda; and in so doing thrusting the Nation closer to its highest productive potential.

Dr. Everson Hull is a business economist.  He currently serves as Ambassador for St. Kitts and Nevis to the OAS. He has served as Adjunct Professor of Economics at Howard University, Head of Money and Banking at the Congressional Research Service and U.S. Presidential Appointee as Deputy Assistant Secretary for Policy and Research at the U.S. Department of Labor.