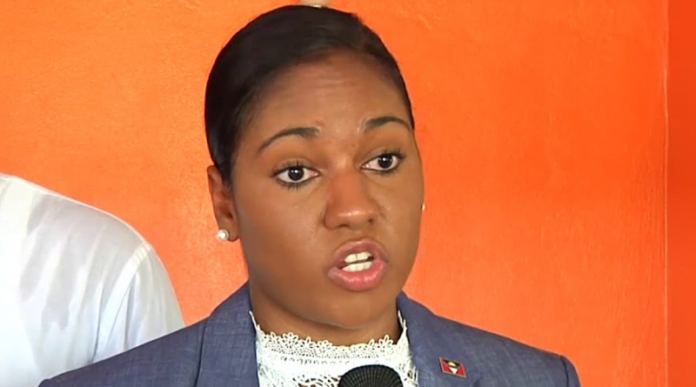 A “disgusted [St. John’s] Rural East voter” is calling on MP Maria Bird-Browne to fix the plethora of issues affecting the constituency, while taking umbrage at statements made by the representative’s husband, Prime Minister Gaston Browne.

Browne declared recently that his wife deserves more credit than she has received from the Antiguan public.

He said that she should be lauded for her sterling handling of the housing portfolio, since she has exceeded expectations and built more houses than was originally intended.

However, via a letter published on social media, the constituent said s/he is flabbergasted at the PM’s comments.

The writer, who reportedly has been a resident of Rural East for more than 30 years, says Bird-Browne has done nothing to improve the lives of constituents.

The writer notes that, despite being the minister in charge of housing, Bird-Browne has not built a single structure in Rural East.

And, s/he adds, the structures built by Dr. Errol Cort, during the tenure of the United Progressive Party, are in various states of disrepair.

The writer complains that the baseball field in St. Johnston’s Village is in dire need of a fix-up and the grass is cut only when the Spanish community has some activity there.

The Pumpkin Houses at Simon Bolivar Park are in need of repair or a coat of paint, and the conference room at the same venue also needs attention, the letter says.

Addressing other communities, the writers says the drains and gutters, especially in Skerritts Pasture, are cesspools of foul-smelling water and mosquito breeding grounds;

the Clare Vue Psychiatric Hospital is in urgent need of attention; and a playground started by the MP’s uncle, Sir Lester Bird, remains unfinished.

The environs of the Clare Hall School are in need of sprucing up; the grass on the western side is higher than the fence; and Project Hope, a once-nice building, is in dire need of repair, the letter continues.

This is testimony of how much Bird-Browne cares about the youth in the constituency, the writer says, and adds that there is nothing in place for the elderly either.

The writer notes that it is common knowledge that Rural East is a haven for drug addicts; and, yet, nothing has been done to help those who have fallen victim to substance abuse, the person says.

Accusing her of showing her face only when it comes to money matters, the writer tells Bird-Browne that handing out money to young men, “which they invariably use to buy [marijuana] and alcohol, is not the remedy.”

The degradation is everywhere in Rural East, the writer warns, and Bird-Browne is being judged.

Accordingly, the person says, what her husband thinks about her performance will not matter come Election Day.