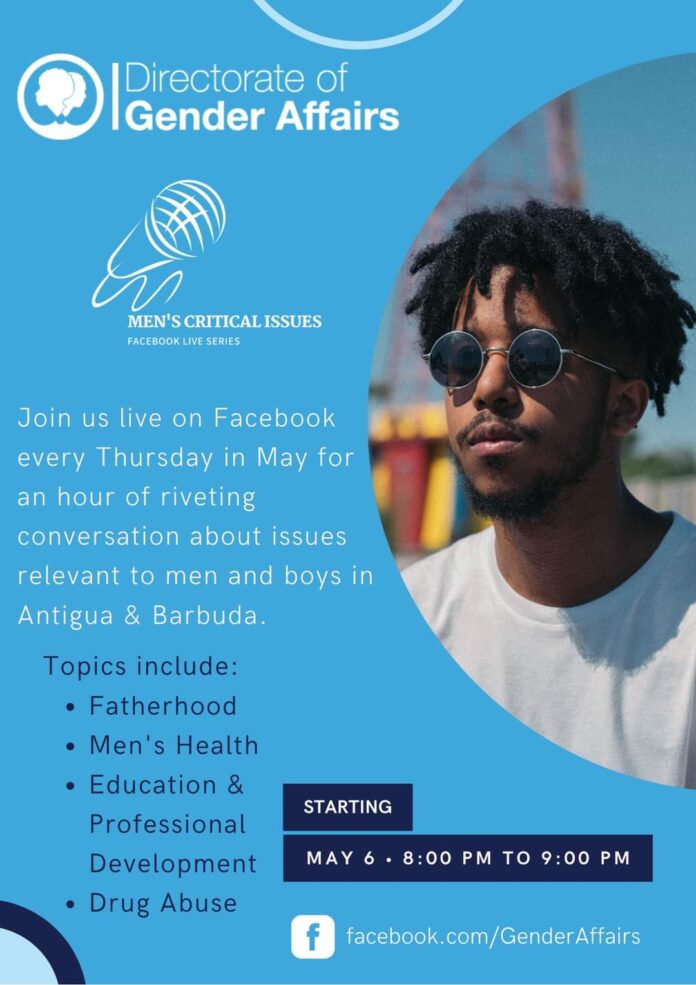 The Directorate of Gender Affairs has launched a new initiative called the Men’s Critical Issues Series.

It is a Facebook live series in which various men in Antigua and Barbuda will be interviewed and engaged in discussions around issues pertinent and relevant to men and boys, such as mens health seeking behavior, drug and alcohol abuse, fatherhood and education, as well as professional development.

The series will air at 8 pm every Thursday evening at 8 pm on the Directorate’s Facebook page for the month of May.

The series launched last week with two fathers, Architect and founder of the Male Empowerment Network, Colin John-Jenkins and Naik Phillip who is a banker.

Officer Currently responsible for leading the department, Mr. Jamie Saunders expressed that the Directorate’s objective and goal for this series is to provide a platform where prevalent issues that affect men and boys can be discussed critically, and allow for solutions to be conceptualized.

He also indicated that some of the important points and issues raised in this series will serve to inform future interventions that the Directorate implements to engage men and boys going forward.