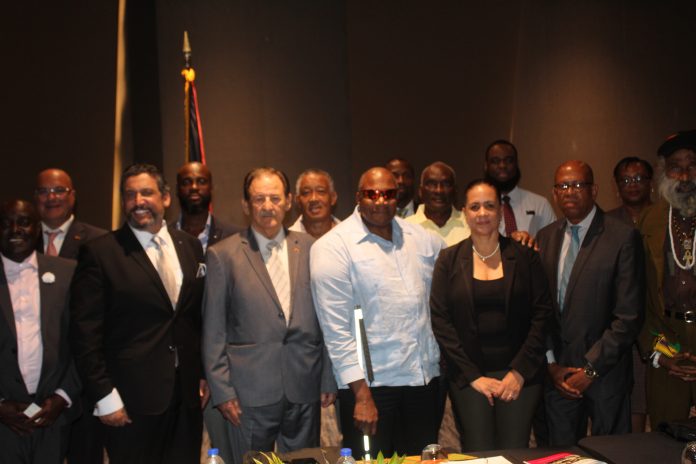 “Diplomacy and Economic Development” was the theme for the second annual Ambassador and Consuls General Meeting hosted by the Ministry of Foreign Affairs, Immigration, and Trade. The meeting brought together some twenty (20) Resident and Non-resident Ambassadors from Antigua and Barbuda for a packed day of presentations, reporting, interactive dialogue, and call-to-action plans at the Royalton Resort in St. John’s. The annual meeting was chaired by Acting (Ag) Permanent Secretary for the Ministry of Foreign Affairs, Ms. Karen Cabrall.

Welcoming the Ambassadors, Ms. Cabrall spoke on the importance of Antigua and Barbuda’s foreign relations since the country gained its political independence. Reporting on the Ministry’s activities, the Acting PS highlighted that the Ministry is guided by strategic principles, underscoring the importance of envoys meeting on an annual basis.  Cabrall also highlighted the deep diplomatic relations the twin-island state has developed with countries in the international fora. “We are here to work together for the greater good of the ministry,” Cabrall ended.

Minister of Foreign Affairs, the Hon. E.P Chet Greene spoke at length to the importance of diplomacy and economic development. “The primary reason for convening this general meeting is for building a strong and dynamic foreign service to build a strong diplomatic platform for Antigua and Barbuda,” Minister Greene opened with. Within the context of a new foreign service, Minister Greene continued,

“ Specific envoys were strategically invited to help fashion and frame Antigua’s global diplomatic presence. Every diplomat must know policies relating to SDGs and the Blue Economy. It is important to understand and speak authoritatively on these concepts and to engage your peers in a global setting.”

The Foreign Affairs Minister continued by making a clarion call to the Ambassadors to strengthen Antigua and Barbuda’s platform, regionally and globally.

Ambassador Franklyn Francis (King Frank I) added that there is a space and it is important for our diplomatic missions to recognize and join the reparations movement. Non-resident Ambassador Sami Al-Mufleh from the Embassy of Antigua Barbuda in Jordan echoed the call from Minister Greene on the importance of strategic partnerships internationally.

The one-day event included a number of guest speakers and presentations including Ambassador Sir Ronald Sanders, who looked at the Challenges of Small States diplomacy in Hemispheric Organizations; Ambassador Daven Joseph on the Blue Economy; reports on the SDG’s from Director of International Trade, Ms. Joy Marie King; reports by Amb. Aubrey Webson on the recently concluded 74thSession of the United Nations General Assembly and remarks from Senior Ambassador Sir Rameez Hadeed. 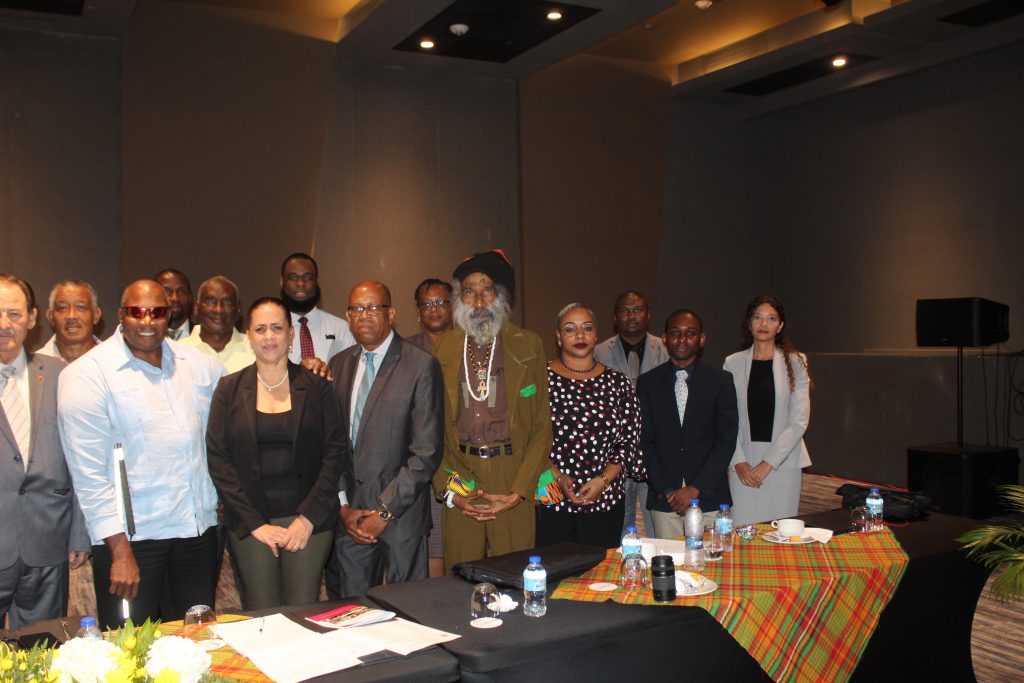 Though several Ambassadors were unable to attend the General Meeting due to work-related travels, reports were submitted as in the case of Antigua and Barbuda’s Ambassador to CARICOM, Amb. Dr. Clarence Henry who submitted a detailed report on CARICOM entitled, “Today, Tomorrow and the Future”, which outlined Antigua’s position in the regional integration process.