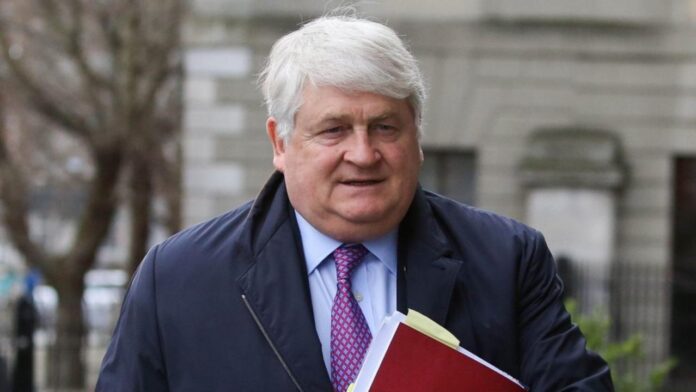 Chairman of Digicel Denis O’Brien offered his support to the regional reparations movement during an engagement last week with the CARICOM Reparations Commission (CRC).

Mr. O’Brien presented a proposal entitled “Repair” that he said could assist in advancing CARICOM’s call for Reparations for Native Genocide and Slavery. The Plan seeks to persuade the British and European governments and institutions to establish a new long-term fund for reparations. He said the fund would have clear five-year targets with financing flowing to the Region annually.

The Digicel Chairman had already publicly declared his solidarity with the work of the CRC and had spoken on the matter to several CARICOM Heads of Government, the Commission’s Chairman, Professor Sir Hilary Beckles, and national reparations committees.

O’Brien said the proposal supports the CRC Ten Point Plan for Reparatory Justice in which reparation is defined as an economic and social development strategy for the region. He agreed with the CRC’s position that Europe owes the region a ‘Marshall style Plan’ after 400 years of wealth extraction by which it was enriched.

The Chairman of Digicel said his repair plan will facilitate multisectoral investments in agriculture, health and education, among other areas. He suggested that such a multi-sectoral investment and trading plan was critical to the successful recovery of the region from current international economic crises.

In applauding O’Brien and his team for their affirmation and support of the work of CRC, Professor Beckles said the Repair plan has the potential to engage in high-level government relations with the UK, Europe, and the European Union.

“This level of engagement will help build momentum in support of CARICOM’s call for reparations,” he added.

The Repair plan seeks to energise the movement for reparations through public relations campaigns in the United Kingdom, and European and Caribbean communities. To achieve this objective, a robust communications strategy utilising both traditional and social media platforms will be implemented.

Mr. O’Brien commended the Commission for its outstanding work in bringing reparations to the top of the global agenda. Everywhere in Britain, he noted, exposure and apologies for enrichment from slavery are the order of the day.

The next critical step is to influence public opinion so that European leaders will offer reparations instead of cautious statements of regret.

He also called for the establishment of a team of regional economists from UWI and other partners to prepare a report on what the ‘Marshall Plan style Reparations’ development program would entail. The time he said has come to put a firm but reasonable reparations for development proposal before Europe.

The Commission and Mr. O’Brien’s team agreed to collaborate and to work together to further develop the proposal in the coming months.

The CARICOM Reparations Commission invites other private sector corporations in the Caribbean and in Europe to similarly partner with the CRC to seek reparatory justice for the peoples of the Caribbean.