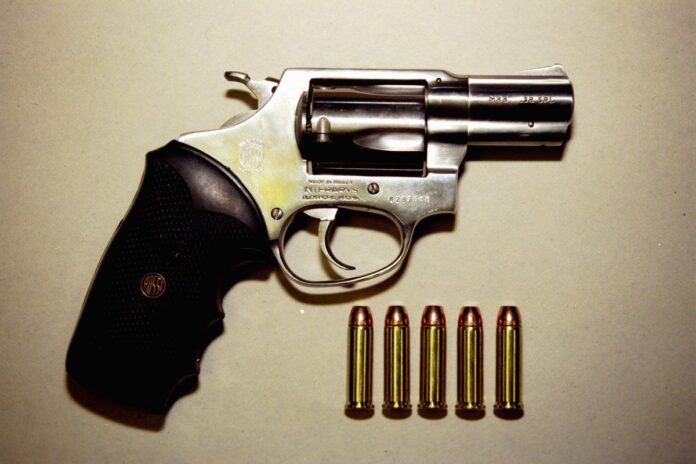 Two people appeared before the court on charges of gun and ammunition possession, following the execution of a search warrant at their home in the early hours of Saturday, July 24.

Dexter Carlyine, 33, and 30-year-old Sharissa Glasgow were taken into custody after the Police served them with a search warrant to search their Ottos home.

The couple appeared before Magistrate Conliffe Clarke in the St. John’s Magistrates’ Court and Carlyine accepted responsibility for the offences. Glasgow pleaded not guilty to both charges, which the prosecution accepted and dismissed the case against her.

He was reprimanded and discharged on the ammunition possession charge.

During the search, the lawmen found one .38 mm pistol and one matching round of ammunition in a bucket in the bathroom and on the floor of a bedroom closet, respectively.
The illegal items were seized, and Carlyine, a Jamaican by birth and the father of two, was detained and charged, along with Glasgow.

Meanwhile, the Police have been making inroads in preventing crime through the discovery of contraband at several homes.

Two men were arrested and taken into custody on Saturday, July 24, after separate searches of their homes in Parham turned up an imitation firearm, cannabis, and camouflage clothing.