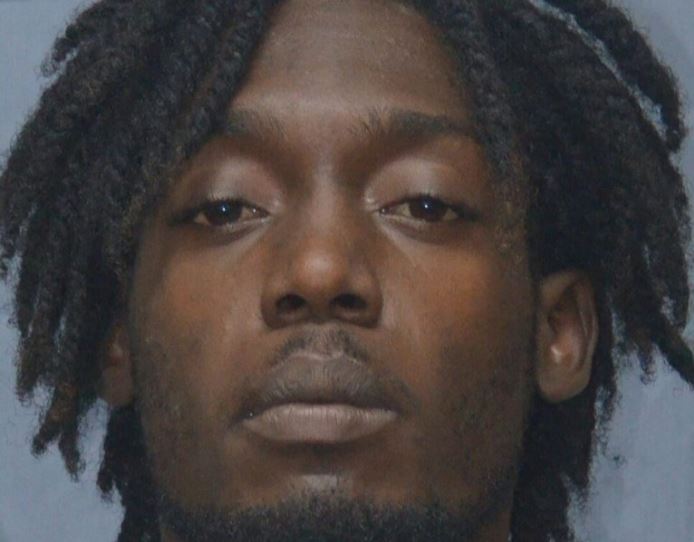 OBSERVER: Nine jurors were tasked with determining whether quadruple murder accused Delano Forbes is competent to stand trial, and after about an hour, they found him to be fit. CLICK HERE TO JOIN OUR WHATSAPP GROUP.

In March, psychiatrist Griffin Benjamin concluded the same after assessing the prisoner, however, the defense believed that Forbes was not of sound mind.

That was put into question yesterday when Director of Public Prosecutions, Anthony Armstrong, put Benjamin on the stand.

The psychiatrist was deemed an expert after he provided details on his 34 years as a medical doctor and 23 years as a psychiatrist practicing in various Caribbean islands.

The psychiatrist believed without a doubt that Forbes does not have any disability that renders him incapable of standing trial.

He said that he first interviewed the alleged murderer and his family in 2018, and concluded that while he had no major psychiatric illness,  “his behavior was better explained by anti-social personality disorder and substance use disorder.”

In answering the prosecution’s follow-up question, he went on to explain that a psychiatric illness is one that is “significant enough to cause him to lose touch with reality.”

“He didn’t present with any history of schizophrenia. There was no family report to indicate past schizophrenic behavior in his family or in himself,” Benjamin went on to say.

When asked if drugs can cause the aforementioned disorder, the expert said that drugs can facilitate the progression of schizophrenia but it doesn’t cause it.

“In my opinion, he was fully aware of the consequences of the charges against him, and he was able to give a clear account of those incidents that led to his arrest,” said Benjamin.

Benjamin also examined the accused in October, 2020 and came to the same conclusion, despite Forbes being less talkative and constantly referring him to his attorney.

The prosecution then asked Benjamin about his most recent report from March.

He again indicated that ” there was nothing that was impairing his normal mental capacity…that was significant enough to affect his competence and his fitness to stand trial.”

In cross examining the witness, defense attorney Sherfield Bowen inquired as to the doctor’s knowledge of the fact that Forbes experienced bouts of not being able to eat, had a tendency to insert things into his body that had to be surgically removed, was unable to maintain proper hygiene, and was paranoid about being poisoned.

Benjamin said yes and admitted that that behavior was not normal.

But some of it he said was consistent with anti-social personality disorder which is not significant enough to make him incompetent.

He even spoke to reports that Forbes used faeces as a weapon saying that it is normal in a setting such as prison where weapons are limited. CLICK HERE TO JOIN OUR WHATSAPP GROUP.

Bowen then asked if his client’s ability to comprehend complex sentences and terms was tested.

The psychiatrist’s response was: “he speaks highly of his legal understanding of the matter….and he answers me better than I can answer you right now.”

In fact he said that Forbes’ thought process was “more organised than yours and mine,” speaking directly to Bowen.

“He is very deliberate in his action,” Benjamin added.

Next to take the stand was Acting Superintendent of Prison Jermaine Anthony who said he interacted with Forbes at least twice a week and observed him to be erratic at times.

He said “one day his behavior is like a 5-year old, and another day he would come to my office and we would dialogue like intellectuals.”

Anthony painted a picture of this behavior saying that Forbes would peruse books in his office “like a kid playing with toys.”

The prison boss confirmed that on at least three occasions Forbes put pieces of soap or wet toilet paper into his ears and had to be taken to the hospital.

He said that Forbes sometimes attacked inmates and officers and refused to eat, all behavior which Anthony referred to as “acting crazy.”

After hearing all of the evidence and observing Forbes sitting casually in the docket, occasionally raising his hands to signal to his attorney, the jury thought that he is quite capable of answering to the charges against him.

Forbes was charged in 2017 for the deaths of Wilfred “Bongo” Williams in Swetes, Shawn Henry in Point and Lisue Williams on All Saints Road.

He was also charged in 2018 for the death of Maurison Thomas in All Saints.

It is said that the 27 year-old had the sinister practice of drinking the blood of his victims hence earning the moniker, ‘Vampire Killer.’

When he was apprehended, police reportedly went to an area in Swetes close to where he lived and found two bottles of what appeared to be blood.

Forbes’ next appearance in the High Court will be on June 10 when a date for trial should be determined.