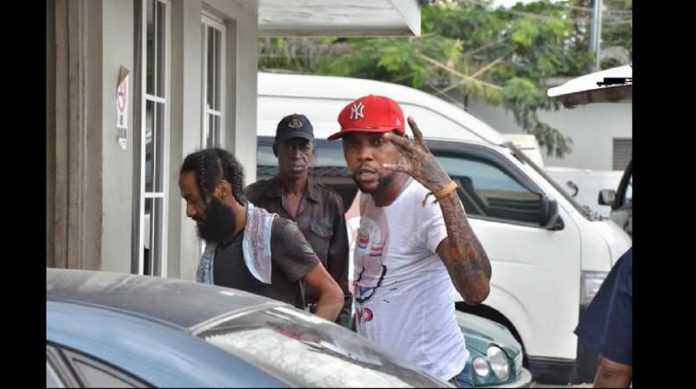 GLEANER: Despite strong public sentiment that dancehall music fuels criminal behaviour in Jamaica, an Anglican priest and human-rights advocate is insistent that proponents of that view are scapegoating the popular genre.

Father Sean Major-Campbell has described that perspective as misleading, arguing that blaming dancehall music for crime is a “course in obfuscation that leaves us with an anecdotal diagnosis of the problem”.

His views come against the background of an RJRGLEANER Group-commissioned poll showing that 41 per cent of respondents believe that dancehall music played a very big role in influencing criminal behaviour.

Thirty per cent of persons polled said dancehall had ‘somewhat’ of an impact; 11 per cent only a little; while 11 per cent said not at all.

Seven per cent of respondents were not sure.

Based on the results, the Don Anderson poll suggested that cumulatively, 82 per cent of all Jamaicans believe that there is a connection between dancehall music and the incidence of crime.

Fieldwork was done between July 16 and 26, during which 1,113 Jamaicans were interviewed. Anderson said that the dominant views were held primarily by older persons rather than younger ones aged 18 to 24.

Younger Jamaicans were less convinced that there was a direct connection.

Major-Campbell argues that Jamaica’s history of crime predates dancehall, noting that the country continues to be divided on its manifestations in society. He said that some people even use “religion to bless some forms of domestic violence”.

But Winston ‘Wee Pow’ Powell, veteran owner of sound system Stone Love, is adamant that the contents of modern dancehall have contributed to crime.

He argued that some dancehall artistes who rose to stardom assumed the profile of crime bosses.

“They become dons in their own way, and we all know how dons operate,” Wee Pow said in a Gleaner interview.

However, dancehall promoter Sean ‘Contractor’ Edwards argues that music, of itself, is not the driver of crime.

There are thousands of people who live in inner-city communities who listen to dancehall songs and are not violent, he noted.

“People who listen to Skillibeng’s Whap! Whap! in America and London, they are not going out there and doing any crime. Some of them don’t even know what that Whap! Whap! means. They just like that part of the song,” Edwards said.

A concerned Prime Minister Andrew Holness has specifically cited Whap! Whap! as a song that has a negative impact on society.

Edwards theorises that individuals are influenced by peer groups, family, and friends to carry out crime.

The dancehall promoter said that many artistes using offensive lyrical content are not lawless.

Elite sports personalities, lawyers, and other professionals who are fans of violence-laden songs listen in order to “energise themselves”, Edwards said, suggesting that the imagery was figurative.

“While we are readily repulsed by news of violent crimes, we have not been honest about our poor conflict resolution skills, an ugly history with police brutality, gang violence, and the lagging united political will to address social ills and a challenged justice system,” he said.

The Reverend Peter Garth, pastor of Hope Gospel Assembly, however, believes that music can be a turbo-charged motivator, emboldening listeners to transform metaphor into reality.

“Persons drink, persons become intoxicated, and if you have a desire to do certain things, it will be deepened when you stand up and listen to lyrics that are asking you to retaliate and use guns and all of that. It influences persons,” the clergyman said.

Garth called entertainer and convicted murder Adidja Palmer, better known as Vybz Kartel, “a genius” but said people with his talent often had sanitised versions of expletive-riddled songs – proof, he said, that they could toe the line of decency.

Lecturer at The University of the West Indies, Mona, Professor Donna Hope, took issue with how the poll question – ‘To what extent do you feel that dancehall music plays a role in influencing criminal behaviour?’ – was framed.

Hope argued that the question helped predetermine the answers.

“The outcome for this question that is already leading is going to be that more people are going to give a positive response and say ‘yes’ in various ways,” said Hope.

The academic said that three of the variables in the poll prompted respondents to say ‘yes’ to some extent.

“So ‘yes’ very much, ‘yes’ somewhat, ‘yes’ only a little, so already the question and the way the responses are structured are going to give you a positive response to this question,” Hope added.