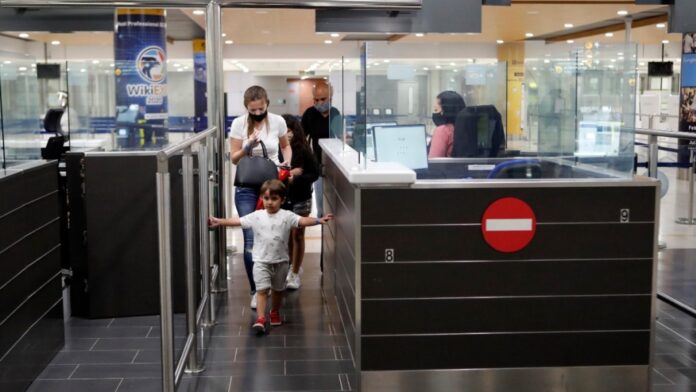 Cyprus has announced it will abolish a controversial passport scheme following an investigation by Al Jazeera that revealed how high-ranking politicians were willing to issue passports to convicted criminals.

The interior and finance ministries said in a statement posted in Greek on Twitter that the citizenship through investment programme in its current form will be abolished from November 1.

“The proposal was based on the long-standing weaknesses but also on the abusive exploitation of the provisions of the programme,” Tuesday’s statement said.

“What has been published in the last few hours by the Al Jazeera news network is causing outrage, anger and concern among the people,” his statement read.

On Monday, Al Jazeera’s Investigative Unit released The Cyprus Papers Undercover, which showed the willingness of parliament speaker, Demetris Syllouris, and member of parliament, Christakis Giovanis (also known as Giovani in Cyprus), to aid and abet convicted criminals to obtain a passport through the Citizenship Investment Programme (CIP).

Weeks earlier, Al Jazeera released The Cyprus Papers, a cache of almost 1,400 documents showing Cyprus had granted passports to criminals convicted in their home countries and people wanted by Interpol in the previous years.

Following Tuesday’s announcement by the Cypriot government, Syllouris said he would abstain from duties from October 19 until government investigations had been completed.

Under the scheme, anyone who could afford to invest at least $2.5m in the Cypriot economy, usually through real estate, was able to obtain a Cypriot passport.

The programme has been regularly criticised by the European Union and anti-corruption NGOs, which have claimed the scheme increases the risk of money laundering through Europe’s financial institutions.

The mystery businessman had been convicted for money laundering, which should have disqualified him as an applicant under Cyprus’ rules.

However, time and again they were told that the sentence would not be a problem as long as enough money was invested – the implication being that the more their client invested above te $2.5m threshold, the easier he would find it to avoid restrictions.

MP Christakis Giovani, also one of the island’s most prominent real estate developers, told the undercover reporters he would ensure the deal was done.

“It’s not easy. But I can promise, we shall do the best. And I believe we have the experience,” Giovani said.

Parliamentary speaker Demetris Syllouris went even further, saying: “You can tell him that he will have, without mentioning my name or anybody else’s, full support from Cyprus. At any level – political, economic, social, everything – ok.”

These sentiments were echoed by several others, including a lawyer who said that it would even be possible to change the name on the passport, effectively changing the identity of the applicant.

Those featured in the investigation, including Syllouris and Christakis, have all denied wrongdoing and referred to a report filed with Cyprus’s anti-money laundering unit.

They also said their dealings with our undercover journalists were intended to gather information to support a report to the authorities without “tipping them off”.

‘European values not for sale’

After Monday’s revelations, the European Commission said in a statement it had watched the revelations in disbelief.

“President [Ursula] von der Leyen was clear when saying that European values are not for sale,” the Commission said.

“The Commission has frequently raised its serious concerns about investor citizenship schemes, also directly with the Cypriot authorities. The Commission is currently looking at compliance with EU law of the Cypriot scheme in view of possible infringement proceedings.

“We are aware of the latest declarations of the government and expect the Cypriot competent authorities to thoroughly look into this case.”

Dutch MEP Sophie in ‘t Veld told Al Jazeera: “[The film] fully exposes the ‘citizenship by investment’ schemes for what they really are: a cover operation for bringing criminals and criminal money into the EU.

“Today we have therefore renewed our call on the European Commission to not only take legal action against Cyprus, but submit a legislative proposal banning the practice altogether.

“If this film is not enough evidence for the need for a legal ban, then what is?”

Her colleague Sven Giegold said: “It is key that the EU takes over and that this means that the resident programme and the investment programme have to be ended.

“What is so shocking about these pictures is how natural it seems. This was not a one-case accident, it seems structural.

“This needs a treaty violation procedure by the European Commission.”

After The Cyprus Papers, Cyprus defended its programme.

While it admitted mistakes in recent years, it said tightening laws and checking applicants’ backgrounds were sufficient to stopping criminals getting passports.

However, in an internal audit released late September, the country’s audit office found several weaknesses in the scheme.

At least 23 applications had been fast-tracked by the minister of interior, while problematic individuals could apply for a passport with ease through their family members’ citizenship applications.