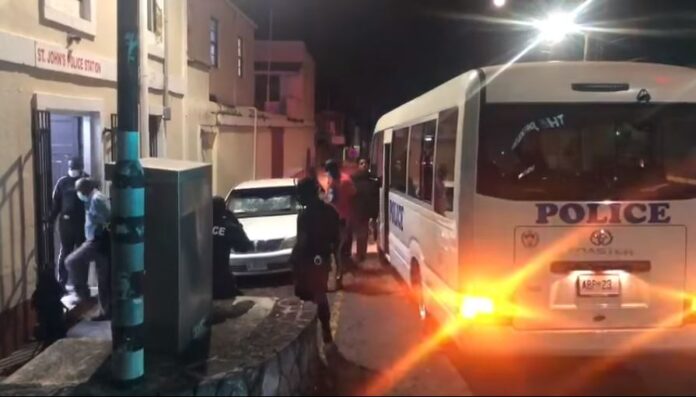 Several persons were fined for breaching Covid-19 regulations, after appearing before the Court on Monday.

Kelly Chiddick and Natalia Lawrence both of Liberta, Damion John of Parham and Shalana Henry of All Saints pleaded guilty to breaching curfew regulations and were convicted and fined $750.00 each. In default, they will serve 14 days in prison.

Similarly, Kevin Struan of Upper Gambles and John Richardson of Perry Bay have until February 1st, 2021 to pay a fine of $500.00 each, or serve one month in prison for breaching curfew; while Javae Daniel of New Winthropes and Charles Lynn of Piggotts were convicted and reprimanded on the same charges.

Mark Hamilton and Troy Beazer of Barbuda, along with Shanice Griffith of All Saints, on the other hand, had their matters adjourned until 26th April 2021. They all pleaded not guilty to breaching curfew regulations.

Meanwhile, Andre Hull of Scotts Hill was convicted and fined $1, 000.00 for Exposing Intoxicating Liquor for sale without a valid permit. He was ordered to pay the fine forthwith. In default, he would serve one month at Her Majesty’s Prison.