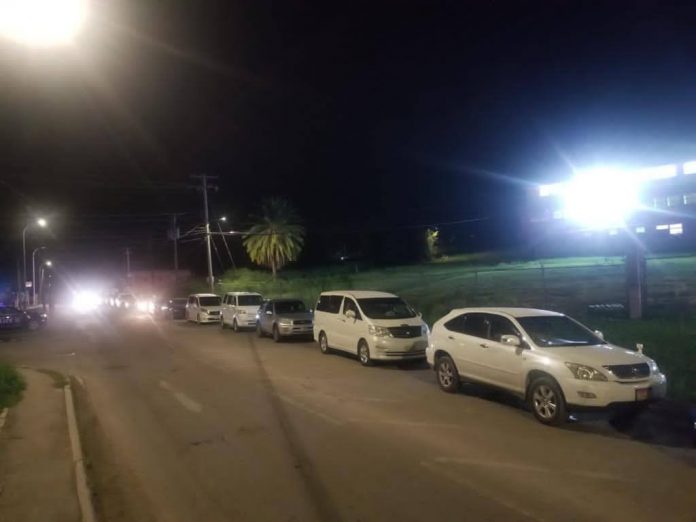 Seven of the people who were arrested for breaking curfew last Friday appeared before Chief Magistrate Joanne Walsh in the St. John’s Magistrate court on Monday.

A number of motorists were pulled over during a stop and search operation that was conducted on American Road beginning 11:05 pm on Friday.

Corey Richards, Ibrahim Alkhoury and Jason Browne were fined $500 dollars after pleading guilty to their charges.

Richards said he was out getting food, Alkhoury was dropping off workers from his restaurant, which closed at 10:45 pm and Browne was returning from a visit from a relative.

Stacey Chambers said she got stuck in the police operation while heading home and was fined $300.

Amis Pennyfeather and Erol Henry were both fined $200. Pennyfeather said he was dropping off medication and Henry was taking someone to get food.

Brian Phillip, a technician, said he was out doing urgent work.

Phillip said his business place applied for a pass to enable him to conduct work during curfew hours but the request has not yet been fulfilled.

His explanation was deemed acceptable by the Magistrate and consequently, he was reprimanded and discharged.

Nine other defendants who were arrested during the operation are scheduled to appear in court tomorrow.