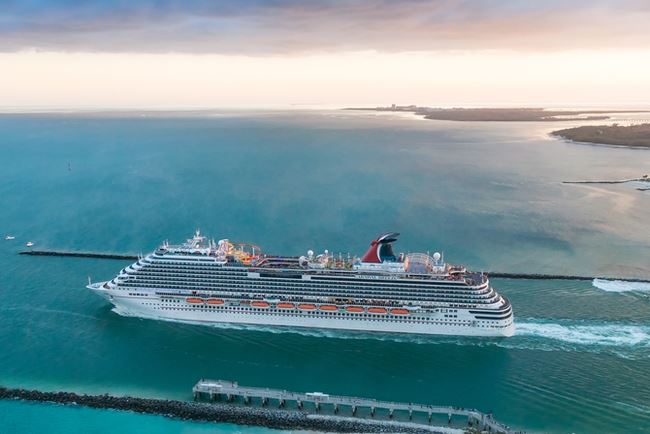 The once familiar sight of titanic cruise liners dwarfing the oceanfront buildings of St John’s is still several months away from returning, industry chiefs say.

Information Minister Melford Nicholas told a post-Cabinet press briefing – broadcast live on national television and social media – that ships were expected back in the country by the end of March.

But that timeframe appears to have been overly optimistic, according to both Tourism Minister Charles Fernandez and Dona Regis-Prosper, boss of Global Ports Holding (GPH) which manages Antigua’s cruise port.

Nicholas told the media that government departments were hard at work alongside regional agencies on “enhanced protocols” ahead of cruise ships’ return.

“We have a tight window to be able to complete the dredging of the harbour and the turning basin … that really is preparing for the arrival of the Oasis Class ships which would be the prize we would have gotten for the investment in the fifth pier in St John’s.

“So our focus is on that particular initiative, and at the end of March we would expect the cruise ships to return,” Nicholas said.

However, Fernandez told Observer that while some works to ready the port to welcome the world’s largest ships into the country were expected to be completed by Spring, liners were unlikely to start to reappear for “a few more months” beyond that.

That stance was echoed by Regis-Prosper who said it was “difficult” to estimate a date.

Indeed, on Wednesday, three major cruise companies – Princess Cruises, Holland America and Carnival Cruises – all announced further delays to getting back on the water, ranging from March 31 to mid-May.

The sector, which adds millions of dollars into Antigua and Barbuda’s coffers each year, has been on ice since March last year due to the coronavirus pandemic.

Still, there was a glimmer of hope with Regis-Prosper saying there is still much demand for cruising among vacationers.

“We have every confidence ships will return this year; right now we are concentrating on having all the preparations in place,” she told Observer.

“There’s a lot of demand for the destination – not just as a port of call but also as a home port; that’s one of the initiatives we are working on,” she revealed.

“It means revenue from overnight stays, tours, plus landing fees and departure tax; it’s almost three-fold when you compare it to a port of call. We anticipate good things ahead,” she said.

GPH is currently spending US$2 million on upgrades to Heritage Quay, as part of its agreement with the government. The bulk of the improvements relate to safety, ranging from Covid-19 measures to mitigating “trip and fall” incidents, she added.

Another auspicious sign for the cruise industry, revealed by government yesterday, is the surging ahead of Royal Caribbean Cruise Line’s US$50 million entertainment centre at Fort James.

A blueprint is currently being completed to be submitted to the Development Control Authority. It will see facilities created for the company’s thousands of passengers on a site east of the beach.

Minister Nicholas said the project was unlikely to begin to take shape for at least another 18 months to allow environmental impact assessments to be carried out. — SOURCE: Daily Observer