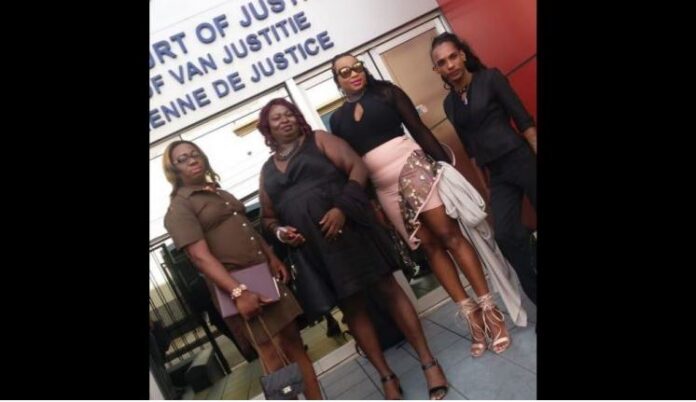 A Bill to amend this Act was presented to the National Assembly and on Tuesday morning, the Attorney- General and Minister of Legal Affairs Anil Nandlall SC led the Bill’s second reading before it was passed.

During the debates, the Attorney- General laboriously reminded members of the National Assembly that in 2018, the CCJ ruled that the section of Guyana’s law which prohibits cross-dressing be struck out as it serves no legal or social purpose and inhibits the right to freedom of expression.

In 2009, it was reported that several transgender women were arrested and convicted under the 1893 Summary Jurisdiction (Offences) Act of the offence of being a “man” appearing in “female attire” in public for an “improper purpose.” They spent three nights in police detention in Georgetown after their arrest for the minor crime.

This was later challenged in the courts, eventually making its way to the CCJ where the ruling was made. And, simply put, the CCJ- Guyana’s apex court- affirmed that an individual does not have to wear the clothes that are commonly associated with one’s sex.

On Tuesday morning, the Attorney- General reminded those in the National Assembly that the government was seeking to amend the Act and comply with its constitutional role as the legislature.

“We have a duty not only to make new laws, or amend laws but to remove from our legislative architecture those provisions that have been found to be repugnant and repulsive to our constitution and we are simply delivering on that responsibility,” the Attorney- General stated in his opening statements.

He also emphasised that Guyana was a secular state, cognisant of the religious arguments against decriminalising cross- dressing.

Opposition parliamentarians for the A Partnership for National Unity+Alliance For Change (APNU+AFC) Richard Sinclair and Annette Ferguson reminded the National Assembly of these religious arguments, nevertheless.

“… the word of God affirms a clear distinction of what our dress code should be,” Sinclair stated.

Throughout his presentation to the National Assembly near 02:00 hrs on Tuesday morning, he referenced several Bible verses which he interpreted as opposition to cross-dressing.

And, he posited, “When we behave like this, Mr. Speaker, it is a sin because we have broken our relationship between that Almighty God.”

Meanwhile, Ferguson argued that the debates over the amendment to the Act are also grounded in whether the “social norms and morals that our society has been built upon” should be abandoned.

But, Minister of Parliamentary Affairs and Governance Gail Teixiera explained that the CCJ has already struck down the law which impinges upon people’s human rights. As such, she explained that the intention of this Bill was to allow for the law to be formally removed.

She, too, reminded the members of Parliament that Guyana was a secular state, meaning that it is not subject to religious rule.

“If people feel in their beliefs and their cultures that they don’t agree with this, then you will educate your congregation and your members and supporters to obey the rules of your religion.

“But that is not the constitution of Guyana and that’s not the laws of Guyana,” Teixeira said.

Opposition Parliamentarians Dineshwar Jaiprashad and Khemraj Ramjattan, on the other hand, signalled their support for the amendment.

Jaiprashad, however, said that the “educational aspect” of the Bill and what it would lead to needed further consideration.