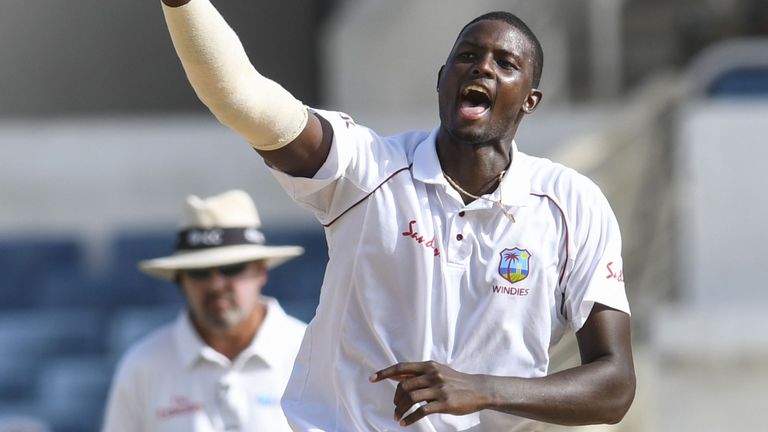 Captain Jason Holder and wicketkeeper Shane Dowrich struck unbeaten half-centuries as West Indies stretched their lead beyond 400 runs, to strengthen their grip on the opening Test against England here Friday.

Resuming the pivotal day three on 127 for six – already 339 runs ahead – West Indies kept England without success in first session to reach 237 for six at lunch.

Holder, started the day on seven, was not out on 80 and in sight of his third Test hundred while Dowrich, on 27 overnight, reached the break unbeaten on 61.

Already West Indies lead by 449, with the highest successful run chase in Tests being West Indies’ 418 against Australia 16 years ago.

Holder maintained a quick tempo, striking nine fours and three sixes off just 93 balls in 126 minutes while Dowrich has faced 118 balls in just over three hours and counted five fours and a six.

The pair have added 117 for the seventh wicket, a stand that frustrated England and put West Indies in near impregnable position.