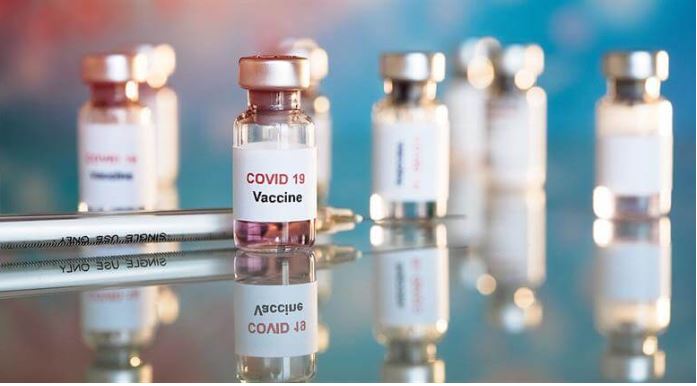 Shipments of the first COVID-19 vaccine began moving across the U.S. on Dec. 13, less than 48 hours after the U.S. Food and Drug Administration (FDA) issued an emergency authorization for its use. By Dec. 14, a select group of Americans had begun receiving it. The first vaccine doses are reserved for two prioritized groups: 1) staff and residents of long-term care facilities and 2) health care workers likely to be exposed to the virus.

Beyond sighs of relief and joy at the remarkable feat of creating what appears to be a highly effective coronavirus vaccine within a year of the start of the pandemic, the emergency authorization of two COVID-19 vaccines this month—one from Pfizer-BioNTech and one from Moderna—has many people living with HIV (PLWH) asking where they might fall in the inoculation queue and whether the vaccine is safe for them to receive.

Who Gets the Coronavirus Vaccine, and When?

If many HIV/AIDS advocates have their way, PLWH, regardless of their degree of viral suppression, will be among the first groups to be immunized. But where everyone falls in line is entirely unclear right now, given the intersectionality of ages, job risks, and underlying health conditions. Adding to the murkiness is the fact that decisions will ultimately be left to individual states and county health departments—coupled with the uncertainty around exactly how many doses of the vaccine will be available and when.

The Centers for Disease Control and Prevention’s (CDC) Advisory Committee on Immunization Practices (ACIP) has been developing guidelines for state and county health departments on which groups should be prioritized for the COVID-19 vaccines. In guidelines released earlier this month, ACIP said that people over the age of 65 or with underlying medical conditions that put them at high risk of complications from COVID-19 should be prioritized, but only after first vaccinating nursing home residents and health care workers.

While ACIP didn’t specify which medical conditions put people at risk of COVID-19 complications, it might provide more clarity in meetings later this month and in January. Until then, advocates for people with chronic health concerns, including HIV, have begun lobbying to move as close to the front of the line as possible.

Just after the FDA issued its emergency authorization for the Pfizer-BioNTech vaccine, a coalition of HIV advocacy organizations sent a letter to the CDC and congressional leaders asking that people living with HIV be considered a priority group for COVID-19 vaccination. The letter, penned by AIDS Action Baltimore and signed by more than a dozen groups, including the Latino Commission on AIDS, NASTAD, and Treatment Action Group, said that recent studies “suggest approximately a doubling risk of hospitalization and death from COVID-19 among people living with HIV compared to HIV-negative counterparts.” The letter cites research from the United Kingdom, South Africa, and the U.S.

Even with some evidence suggesting that people with HIV—including those with an undetectable viral load and absent comorbidities, such as diabetes—may be at a heightened risk of worse COVID-19 outcomes, the fact remains there is no consensus, in part because several other studies have shown no increased risk caused by HIV.

Lynda Dee, the executive director of AIDS Action Baltimore, says she doesn’t want to risk any PLWH ending up at the back of the line and feels it’s inappropriate to distinguish between people with or without an undetectable viral load during a deadly global pandemic. “People with HIV have done so much and worked so hard to be undetectable and stay there,” said Dee. “They need to be included in the CDC’s prioritization.”

Dee, who fought to get people with HIV included in the Pfizer-BioNTech trials, added that her intent is not to knock any other groups out of the queue who are advocating for their own community, but rather, she plans “to do what we’ve been doing: knock on the door and let them know we’re here.”

Murray Penner, the U.S. executive director of Prevention Access Campaign, agrees that even though the verdict is still out on whether HIV itself is a marker for COVID-19 complications, ACIP and state health departments should prioritize all people with HIV. “I don’t believe there is definitive research about whether having an undetectable viral load reduces that risk, and so, therefore, we are advocating that everyone living with HIV be prioritized—but those with comorbidities be stratified higher, if that’s possible,” said Penner.

Is the COVID-19 Vaccine Safe for People With HIV?

While neither Pfizer nor the CDC has stated that the vaccine is unsafe for people with HIV, neither body has commented with certainty that it is safe, either. That’s because although 120 people with HIV participated in the phase 2 and 3 trials, Pfizer did not present separate data for them, stating that the sample population was too small.

A report from the Vaccines and Related Biological Products Advisory Committee meeting on Dec. 10 notes the challenge of drawing conclusions regarding efficacy, not safety, involving immunocompromised individuals, using PLWH as an example.

The report states: “Although the proportion of participants at high risk of severe COVID-19 is adequate for the overall evaluation of safety in the available follow-up period, the subset of certain groups such as immunocompromised individuals (e.g., those with HIV/AIDS) is too small to evaluate efficacy outcomes.”

And, too, the official emergency use authorization (EUA) indication is fairly general—though importantly, it does not list HIV as one of the contraindications (i.e., a reason to avoid receiving the vaccine). However, immunocompromised people are referenced in a warning: “Immunocompromised persons, including individuals receiving immunosuppressant therapy, may have a diminished immune response to the Pfizer-BioNTech COVID-19 vaccine.” (The term “immunocompromised” is still often used to describe people living with HIV, though it is often not considered to apply to people with an undetectable viral load or high CD4 count.)

Still, that warning does not exempt immunocompromised people from getting the vaccine, according to both the CDC and Pfizer. In a meeting of ACIP on Dec. 12, CDC medical officer Sarah Mbaeyi, M.D., M.P.H., stated that, unless there is a contraindication, people living with HIV should get the COVID-19 vaccine, especially given that “people with HIV infection, or other immunocompromising conditions, or who take immunocompromising medications or therapies, might be at increased risk for severe COVID-19.”

Both Mbaeyi and Pfizer stated that the EUA warning should not be considered as a contraindication. Although the FDA is requiring relevant post-authorization studies to provide more information about the effect of the COVID-19 vaccine on people with HIV, it does not specify that this additional research is required to ensure safety in people living with HIV.

Unfortunately, at the moment the answers to these questions range from murky to nonexistent. This lack of a distinction, combined with a lack of data, caused both confusion and frustration among HIV advocates at the Dec. 12 ACIP meeting.

Tim Horn, a longtime HIV advocate who is the director of medication access and pricing at NASTAD, feels this frustration. “While there’s no indication of any safety signals involving people living with HIV and certainly no contraindication that would stand in the way of people living with HIV from getting the Pfizer vaccine, we just don’t know if there are any efficacy differences compared with those without HIV,” he said. “We will need to live with this unknown, at least until Pfizer provides an analysis of the HIV-positive individuals that participated in their phase 3 trial and additional, population-level data are available.”

Even if Dee, Horn, and other advocates are able to get people with HIV prioritized for the Pfizer-BioNTech or Moderna COVID-19 vaccines, most PLWH may still be waiting a while to receive it, unless they reside or work in nursing homes. Earlier this month, Pfizer revised down the number of doses it can deliver in 2020 and affirmed that it could not promise any more than the 100 million doses (enough to vaccinate 50 million people) that had initially been ordered by the federal government for delivery by June 2021.

Although the Pfizer-BioNTech and Moderna vaccines have received emergency use authorizatons, it could be weeks or months before other makers of vaccines in the pipeline, including AstraZeneca (which did include PLWH in their trials from the start) and Johnson & Johnson, are able to file for their own authorizations. AstraZeneca has had a problem-plagued trial, and the Johnson & Johnson vaccine has not yet been proven effective.

Recent stumbles with other promising COVID-19 vaccines have put their further development in doubt. One being developed by GlaxoSmithKline/Sanofi has been delayed, and a vaccine trial carried out by the University of Queensland-CSL, in Australia, was halted over concerns that it could interfere with HIV diagnoses.

It’s still not clear whether the CDC—or pharma companies, states, or county health departments—will stratify people with HIV and comorbidities for the COVID-19 vaccines. The CDC maintains that people with HIV who are on effective antiretrovirals are at the same risk of severe illness from COVID-19 as those who don’t have HIV. Yet the agency has long stated that people with a very low CD4 count and those not on antiretrovirals are at an increased risk for severe illness—which suggests that ACIP, when making recommendations for vaccines, could decide to split the virally suppressed from non-suppressed PLWH.

The British HIV Association has already made that distinction. On Dec. 9, the organization released its SARS-CoV-2 vaccination recommendations, which prioritize people with very low CD4 counts, serious HIV-related illnesses, or additional health conditions that could put them at risk of getting very sick.

In the U.S., it’s important to note that, while ACIP makes recommendations, it’s up to state governors and health departments to follow them—or not. TheBody reached out to health departments for several states, including California, Georgia, and New York, and all said they would follow ACIP recommendations in prioritizing groups in each phase, but that multiple levels of government would have a say.

In response, Dee says the time is now for people living with HIV to get on ACIP’s radar. “Once [ACIP] includes people with HIV, activists in each state can lobby for specifics,” said Dee. “Some states will prioritize different populations with HIV, and some states might not bother.”

Another key consideration: There’s currently no consensus on the prioritization of COVID-19 vaccination. For example, several groups, including the American Medical Association, believe that incarcerated people should be vaccinated before other Americans, citing a study showing the risk of contracting COVID-19 in correctional facilities. ACIP, however, has not included prisoners in the first three prioritized groups.

As for where people with HIV will be able to get their COVID-19 shots once they are available, it’s still up in the air. Penner, of the Prevention Access Campaign, said he hopes that HIV clinics, Ryan White CARE Act centers, and other HIV service organizations, in addition to health departments and pharmacies, will be able to administer the vaccine.

“Of course, logistically this might be challenging,” said Penner, due in particular to strict cold-storage requirements for the Pfizer-BioNTech vaccine. (Moderna’s storage requirements are less exacting.) “But this would increase access to it based on normal patterns of care that people with HIV engage in, or make it easily accessible for those who are not regularly engaged in care—and on to [HIV] medication, if they aren’t already. Similarly and ideally, I would love to see HIV testing alongside both vaccine administration and even COVID-19 testing.”