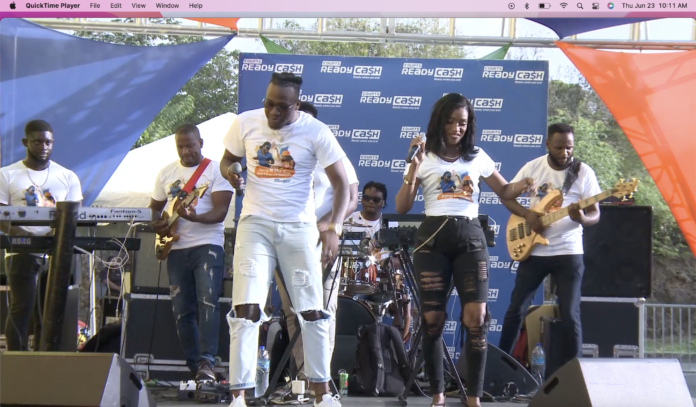 Courts St. Lucia has officially launched its all-new Ready Cash Carnival Campaign approximately one month ahead of the 2022 carnival season.

The campaign entitled, ‘Jump in the Line’ was launched at the Courts Marisule car park and featured several carnival bands, events and live performances from the Extreme Band and Brand Ambassador, Skinny Fabulous. We have more in this report.

Representatives from various carnival bands, Courts Ready Cash and upcoming carnival events all gathered at the car park in Marisule for the launch of the company’s first ever “Jump in the Line” ready cash carnival campaign.

Though Courts has been providing Saint Lucians with cash loans for several years, the company wanted to take a more proactive approach this year in support of the successful return of Saint Lucia Carnival 2022 and the rich culture and artistic expression that it represents.

Additionally, according to the terms of the campaign, any customer who gets a loan of up to 20K will pay nothing down for 60 days.

The concept and success of the launch was a collaborative effort between several carnival bands and event promotors including Just4Fun, Legends and Red Carnival Band who were all well represented.

Euphoria 10 was also part of the joint venture; offering discounted tickets to the event which would be taking place on the 14th of July.

The courts Ready Cash team brought the curtains down on the launch with a live performance from international Soca Singer/Songwriter, and Brand Ambassador, Skinny Fabulous.