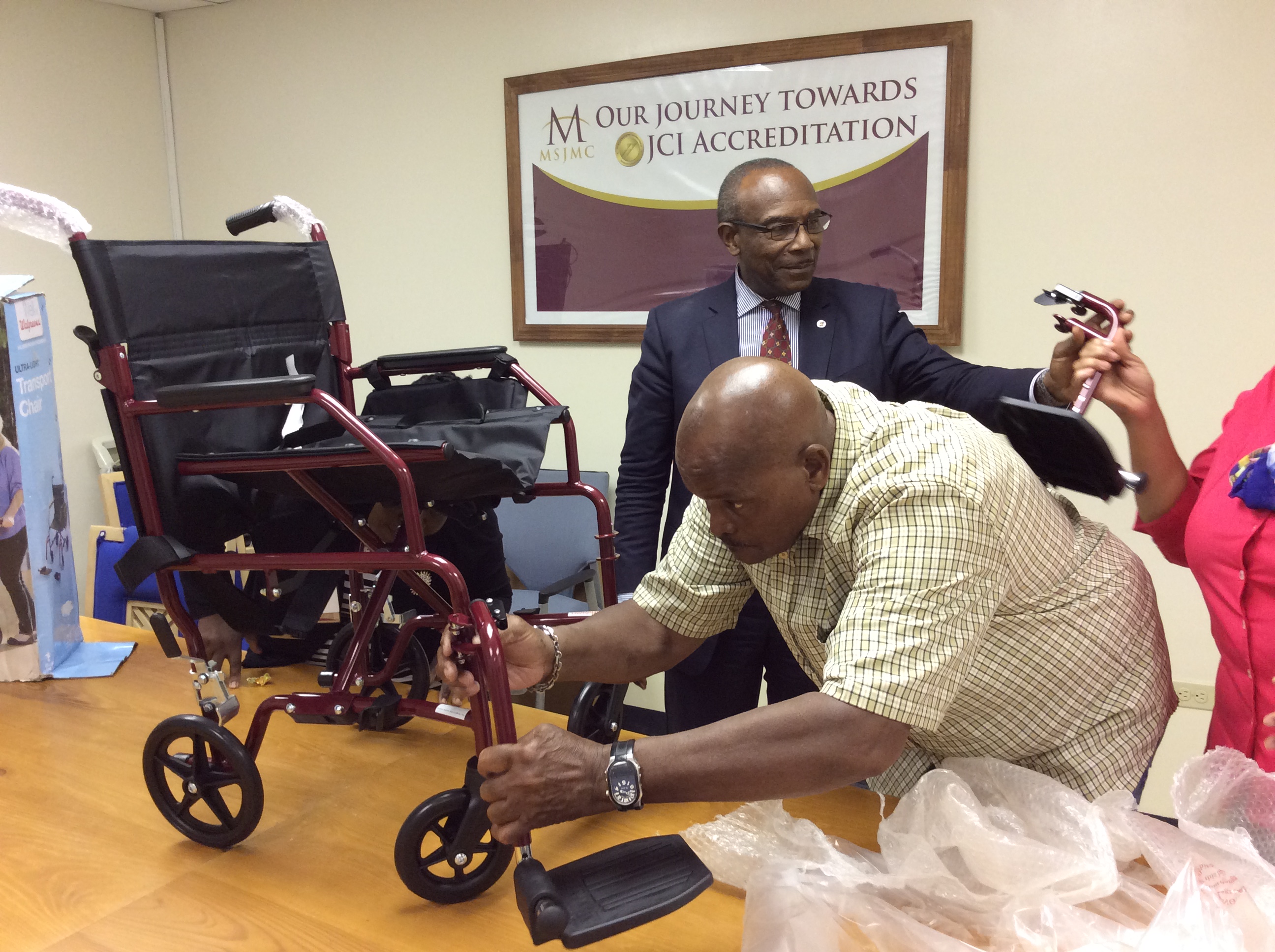 During a short ceremony in the board room at Mount St John’s, a red state of the art wheelchair was donated to the medical facility, compliments Foster Tongue of Urlings village.

Moments before he officially opened the box and handed over the device to Health and Environment Minister, Molwyn Joseph, Tongue said that he hoped his good deed will motivate others to make similar gestures.

“What I want to say to my nation is it doesn’t matter whether you are from Timbuktu, I want you to go on out and reach for the less fortunate and make them feel happy because Antigua is a place where we used to live good and happy and I want Antigua to come back to what I used to know before. So I did this so that somebody, wherever they are, may get up and make a contribution like this,” said Tongue.

He also disclosed that before the year is over, he will be making two more contributions to the Hospital, with the next being in October while the other will be in December.

In his acceptance speech, Minister Joseph said that it was indeed a very satisfying day for him and declared that he was very impressed that Tongue, who now resides in Tortola, had not forgotten his home country.