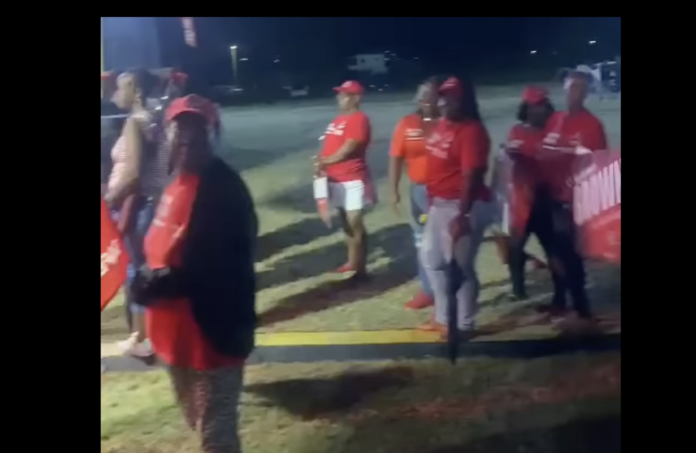 During an election campaign, consistently well attended public rallies help to mobilize and motivate a political Party’s supporters, and to keep their morale and confidence high. At the same time, they tend to demoralize that Party’s opponents.

So they can play a pivotal role in an election.

Now, even before Saturday, January 15, reports had indicated that attendance at public rallies of the Antigua & Barbuda Labour Party (ABLP) had been below par. And it is no secret: this has caused a dramatic rise in concern among, and has dealt a blow to the confidence of, leaders and followers alike of that Party.

So what happened on Saturday, January 14? Mr. Gaston Browne announced that the motorcade scheduled for Sunday, January 15, would be his Party’s last event of this election. The public meetings which was to be held after the motorcade and on Monday have been cancelled.

Henceforth, he and his candidates will be in their constituencies, engaging in retail politics, house-to-house, voter-by-voter, doing whatever they can to save their skins.

(Interesting how some politicians are so desperate to save their own political skins but care so little for the people).

This ending of public meetings and other events may be considered to be a good strategy. And it is: but only for a Party whose concern levels are feverishly high, and whose confidence has dropped precipitously. Perhaps, it is the only strategy left for a Party which could be staring defeat in the face.

So while we can admit that Mr. Browne and his colleagues made the right decision here, we must also agree that it is a decision made because so much has gone wrong for them in this election.

It is a decision which was forced upon them by the successes to date of their opponents, and by their own failure to mobilize, motivate, excite and energize their supporters and, generally, the voters of the country.

It is a sign of desperation, just days before the voters get to do their thing. Maybe more than desperation: maybe despair.

You see, instead of capturing the people’s imagination, they, especially their leader, have turned people off.

People are tired of it, and doubly tired of the tirades, the reckless and personally abusive comments, the repeatedly demonstrated disregard for the rule of law, and the failure to provide even the bare essentials…,.and with no sign of repentance or reform. Indeed, they are doubling down and seeking a fresh mandate for their failures.

So they know that they are in a state of electoral asphyxiation and they are gasping for a breath of air. And they are hoping that they can get it over the dwindling, remaining days.

I have heard from well positioned contacts about the dissatisfaction and dissent, and the murmuring, the mumbling and grumbling within the Antigua & Barbuda Labour Party (ABLP) leadership and lower circles.

They are bothered by the momentum on the other side, and, notably, by Mr. Asot Michael’s powerful performance in defence of his seat, his revelations, and his positive impact being felt, not just in St. Peter, but nationwide are bothering ABLP decision makers.

Some of them are especially upset with the line of viciousness that is being taken against Asot, just to please and placate Gaston’s animus against the man who made him king. And they know that this could be politically fatal to them. But they are afraid of Gaston too.

So while they are very concerned with the UPP ((and they should be, because UPP has out-campaigned them), they appear to be afraid of Asot, who seems to be proving, even as a one-man show, to be quite capable of handling all of them.

Gaston has no answer to Asot, hence the abuse and vilification, telltale signs of what could be a drowning scorpion.