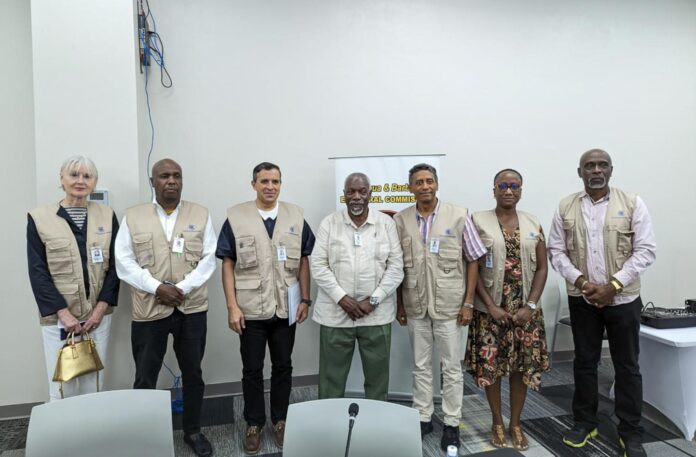 The former President of Seychelles made his remarks in a statement in the capital Saint John’s, following the arrival of five Commonwealth observers on 14 January 2023.

“The importance of the elections in a democracy as the ultimate expression of the will of the people cannot be understated. Casting a vote is a fundamental human right and we hope the citizens of Antigua and Barbuda will keenly exercise this right on elections day.”

From 17 January, the group will be deployed across the country to observe the pre-election preparations as well as voting, counting and results processes at polling stations. An interim statement of their observations will be issued shortly after election day.

President Faure Danny said the group’s task, as independent and impartial observers, is to assess the entire electoral process. He continued:

“The task we have been given is one we take seriously and will undertake solemnly in compliance with international standards for the conduct of international observers.”

Over the next few days, observers will receive a series of briefings from political parties, civil society, women’s and youth groups, and the media to gain a better understanding of the mood in the country ahead of the election.

Following the election, the group will submit its recommendations in a report to the Commonwealth Secretary-General, who will forward it to the Government of Antigua and Barbuda, the country’s Electoral Commission, the leadership of political parties taking part in the elections and all Commonwealth governments. The report will be made public shortly after this.

The group’s eminent members include serving and former politicians, elections professionals and journalists, hailing from Jamaica, Kenya, Seychelles, St. Vincent and the Grenadines, and the United Kingdom.