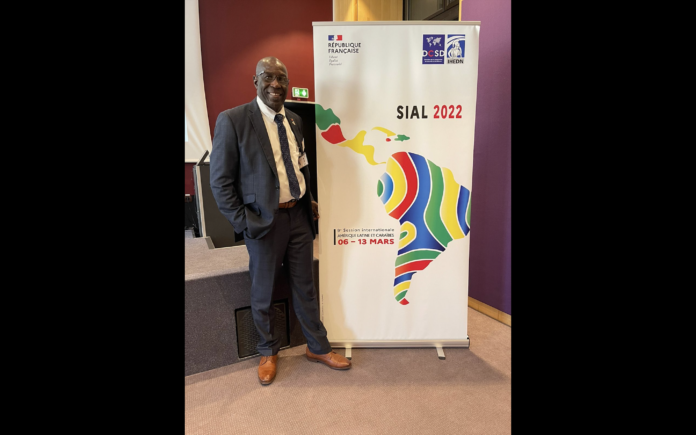 Nearly 30 high-level participants from Latin America, as well as regional organisations, are gathered together analysing new security and defence challenges from a regional and multilateral angle (with a focus on particular relations with the European Union, and the United Nations).

The participants will hear from recognized experts, followed by discussions between speakers and an in-depth analysis during committee workshops. Also attending that meeting is the Executive Director of RSS, Commodore (Cdre) Errington Shurland. Commodore Shurland also serves as the Chief of Defence Staff of the Barbados Defence Force.

The meeting is organized by the Institute for Higher National Defence Studies (IHEDN) and runs from 6th to 13th March under the theme: “France and Latin America united to face new security and defence challenges”.