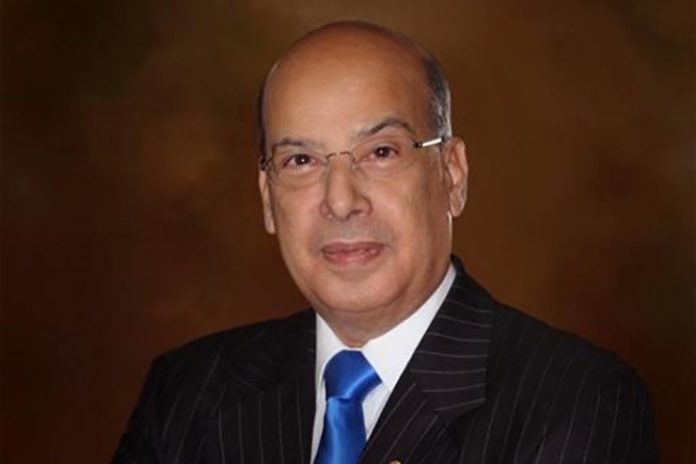 Several editorials in respected newspapers as well as blogs by influential persons in the region are, once again, expressing deep concern about CARICOM, particularly over its lack of unity in international affairs and the failure of its leaders to implement their own decisions regarding the single market.

This has led a Minister of the St Vincent and the Grenadines government to reproduce on his blog, a strong view that “CARICOM is dead”, depicted by a headstone in a burial ground.

Against the background of these recent pronouncements, my commentary this week draws on an article I wrote in 2013.

Ian McDonald’s, “A Cloud of Witnesses”, published by The Caribbean Press, is a collection of thoughtful reflections on the Caribbean condition; visionary and inspirational addresses to diplomats and graduating University students; and moving accounts of experiences that are shaping the Caribbean in which we live.

The topics in the book are varied reflecting a long life in the Caribbean; the interests of a man who is poet and writer; lover of cricket; executive in the sugar industry and a consummate West Indian – born in Trinidad of Antigua and St Kitts ancestry, grew up in Trinidad and Antigua, earned a degree from Cambridge University, Captained the West Indies Davis Cup tennis team, and worked most of his adult life in Guyana. He is also among a rare breed – a white and proud West Indian as comfortable in the company of other West Indians of all races as he is content in his own skin.

After he retired as an Executive of the Sugar Industry in Guyana, and by then an accomplished and well-recognised writer and Poet, McDonald worked with the West Indian Commission – that body of distinguished West Indian men and women who produced in 1992 the seminal study, Time for Action, that laid out a blueprint for the Caribbean’s future. McDonald recalls the testimony of “experts” who pointed to the models that were being developed elsewhere – the Asian Tigers, the Singapore model, the new Europe. He also remembers with satisfaction that the Commission felt that, while these models were useful reference points, the West Indian model had its own intrinsic value. “West Indians”, the report said, “offer a rare creation – a people of many nationalities, many races, many faiths, and different cultural heritages” who have stayed together in a single community.

McDonald asserts his own belief in the value of the West Indian model. Nonetheless, he is practical enough to “pray because I think we will need some heavenly blessing in a hard task… but in the end I profoundly believe because I think we already hold enough in common to secure an undivided future together”.

His profound belief does not prevent him from being “disillusioned with the pettifogging gradualism that the word CARICOM is rapidly coming to stand for”. “All of our small countries”, he says, “simply have to make ourselves bigger very soon – enlarge our domestic market, broaden our technological base, combine our financial resources, increase the scale of opportunity for our ambitious young people, bring together behind one frontier the marvellous common cultural strains that exist in the West Indies side by side but apart – apart and therefore more vulnerable to outside cultural impact”.

As for the grand communiques, speeches and often touted plans of CARICOM meetings, he despairs – “every country in the region is littered with the burnt-out corpses of plans not implemented and reports unread”. Of the high-sounding declarations, he laments that they are “Declarations of futility”.

The book conjoins cricket with poetry not only in capturing the superlative stroke play of Rohan Kanhai and Vivian Richards; the genius of Frank Worrell; and the artistry of Garfield Sobers and Brian Lara, but the essence of what cricket means to every West Indian – “truly cricket is supremely an imaginative possession which binds our Caribbean Community together… If it is no longer to be so we have lost something of infinite value”.

McDonald’s book celebrates the nobility and importance of West Indian-ness and the necessity to consolidate its value.  However, it does not ignore the warts so obvious on our Caribbean face, nor does it avoid confronting our obsession with our sovereignty that is constantly invoked to pursue narrow political interests.   Clinging to sovereignty, which in any event we only exercise against ourselves is an obstacle to the unity we all need to survive in a world that cares little about small states.  As the rest of the world sees the English-Speaking Caribbean, our entire populations are collectively no more than a small city in the US, Europe or Asia.   What is more, many of our countries frequently yield their sovereignty to larger countries when they are either lured or pressured to do so – even at the expense of the CARICOM Treaty obligations.

In truth, as was evidenced in their testimony to the 1992 West Indian Commission, Caribbean people would prefer a Caribbean with one currency, one passport, free to travel between them, to invest in them, to benefit from its abundant collective wealth, to hail their joint heroes in sport, in literature and in other areas of achievement.  And, more than anything else, to command respect in the world.

McDonald’s book describes the things that give pleasure and cause the soul to soar and want to accomplish what looks impossible like “painting the wind” or creating a West Indian nation – the former only God can accomplish; the latter is within the capacity of Caribbean people inspired by their leaders, when we all get to it.