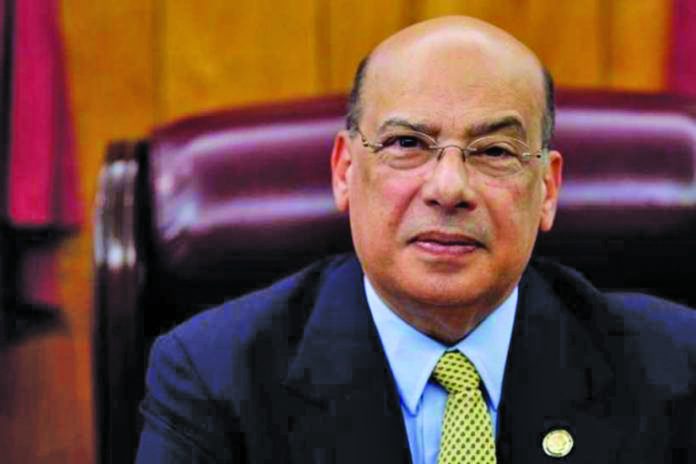 Why does Harvard University in the United States of America (US) have a moral obligation to provide some form of compensation to Antigua and Barbuda, a small Caribbean island state?  The answer is simple: natural justice demands it.

The island of Antigua is not as remote from the lavish campus of Harvard in Cambridge, Massachusetts, as geography might suggest.

While the University started in 1636, it was its Law School that, for over a century, established it nationally in the US and internationally, as the desirable, rich and profitable institution that it is today.

It was a bequest of Isaac Royall Jr to Harvard College in 1781 that was used to create the first endowed professorship of law in 1815, leading to the establishment of the Harvard Law School in 1817.

Isaac Royall derived his wealth from the labour of enslaved persons that he owned on a plantation in Antigua. The bequest to Harvard came from the proceeds of the plantation and from the exploitation and sale of human beings that Royall regarded as chattel. Professor Janet Halley, on assumption of the Royall Professorship in 2006, rightly acknowledged in her inaugural address that Isaac Royall’s slaves “are intrinsically bound, if you will, to the grant that established the Royall Chair”.

The reputation that Harvard enjoys internationally is intertwined with the dark legacy of Royall’s Antigua slaves who died in oppression, uncompensated for their lives in slavery and their death in cruelty.

Today, Harvard Law School is the oldest continually operating law school in the US and is home to the largest academic law library in the world.   What is more, 21 Supreme Court justices graduated from the School between 1831 and 1991.  Six of them are serving now, including the Chief Justice John G. Roberts, Jr.; Elena Kagan; Ruth Bader Ginsburg; Anthony M. Kennedy; Stephen G. Breyer and Neil Gorsuch.  Additionally, eight Presidents of the United States were educated at Harvard, including Barack Obama, who is a graduate of the Law School.  Others include Franklyn Delano Roosevelt, John F Kennedy, and George W Bush.

These facts are well-known to the President and Council of Harvard University.  The link between the Harvard Law School and the brutalisation of enslaved people from Antigua has also been detailed by me to the University on several occasions between 2006 and 2009, with requests that the University “acknowledge the dark legacy that binds Harvard to Antigua” and seek to “brighten it by a positive and constructive relationship”.  Writing as Antigua and Barbuda’s Ambassador to the US in October, on the eve of Antigua and Barbuda’s 38th anniversary of independence, I requested that Harvard’s governing council, “sympathetically consider providing assistance” to the newly established fifth campus of the University of the West Indies (UWI) in Antigua.

Harvard’s response was stony silence, causing Antigua and Barbuda’s Prime Minister, Gaston Browne, to write to the current President of the University, Dr. Lawrence Bacow, advising that “we consider Harvard’s failure to acknowledge its obligations to Antigua, and the stain it bears from benefitting from the blood of our people, as shocking if not immoral”.

Prime Minister Browne drew attention to the fact that “other Universities, which have also been beneficiaries of the proceeds of slavery in the Caribbean, have either made or are making – amends; most recently, the University of Glasgow in the United Kingdom has provided resources to the University of the West Indies.  Two days ago, Princeton Theological Seminary, in what it called an act of repentance, announced that it is setting aside $27.6 million to pay reparations for its historical ties to slavery.  Earlier this year, Georgetown University students voted to raise their own tuition to pay reparations, and this month the Virginia Theological Seminary created a fund for reparations”.

President Bacow finally responded in a less than helpful way on November 5, stating that “Harvard Corporation approved the removal of the Harvard Law School shield, which included symbols drawn from the Royall family crest. Shortly thereafter, former president Drew Faust unveiled a stone memorial in the centre of the Law School’s plaza that recognizes “the enslaved whose labour created wealth that made possible the founding of Harvard Law School” and urges the School to “pursue the highest ideals of law and justice in their memory.”  According to President Bacow: “These were significant steps for our entire University community”.

But, this action by the University is something that it should have done willingly and not as a result of being pushed, it does not address the debt owed by Harvard to the enslaved people of Antigua from Royall’s estate, nor does it respond to the request for co-operation in the development of the UWI’s fifth campus on Antigua.

The endowment of Harvard University for the fiscal year 2019 is $40.9 billion – 40 times larger than the Antigua and Barbuda economy of $1.5 billion.  Of the endowment of $40.9 billion, 30% or $12.27 billion is flexible spending.  From these figures, it should be clear that if Harvard agreed even a five-year programme of annual cooperation with the UWI campus on Antigua, the sums of money involved would be negligible while the quantum of justice would be huge.

President Bacow in his letter to Prime Minister Browne stated: “We recognize  that there is more work to be done. Indeed, Harvard is determined to take additional steps to explore this institution’s historical relationship with slavery and the challenging moral questions that arise when confronting past injustices and their legacies”.

Antigua and Barbuda’s Prime Minister Browne has demonstrated the courage to stand up for his country and for principle.  The government will pursue the declared recognition of Harvard’s President “that there is more work to be done”.

Hopefully, there will be mutual cooperation that will reconcile the standing of a university that proudly produced US Presidents and Supreme Court justices with its dark and cruel links to slavery in Antigua, and, by extension, people who were enslaved, dehumanized and brutalized.