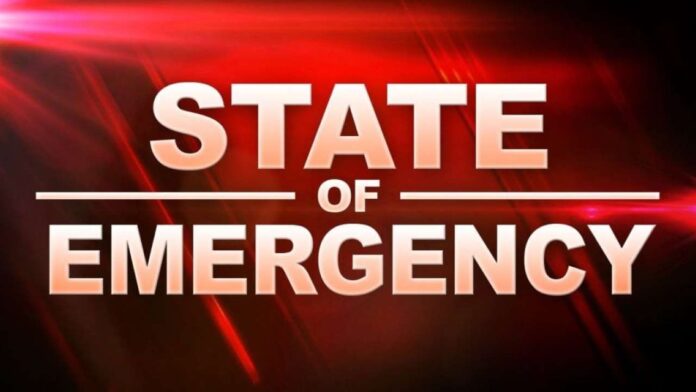 Recently the issue as to whether the imposition of a state of emergency (SOE) was necessary for the implementation of a curfew was raised by the leader of the United Progressive Party (UPP), attorney-at-law, Harold Lovell. The question I wish to answer, therefore, is whether you need a SOE in order to implement a curfew.

Harold Lovell is ideally suited to speak on that issue not only because he is an attorney-at-law, but also because he did graduate studies in Jurisprudence and is a holder of a Masters Degree on the subject.

So as not to keep you in suspense dear readers, I will answer the question immediately as to whether a state of emergency is required to support the existence of a curfew. The answer to this question is a resounding NO. Under the Constitution and Laws of Antigua and Barbuda the curfew that is presently being enforced to combat the covid 19 pandemic can be included in the Regulations made under the Public Health Act, Chapter 353 of the Laws of Antigua and Barbuda.

Let me state clearly that section 20 (1) of the Constitution gives the government the power to impose a SOE once the Governor General declares that certain conditions exist. These conditions are the imminence of war between Antigua and Barbuda and a foreign State, the result of the occurrence of any earthquake, hurricane, flood, fire, outbreak of pestilence, outbreak of infectious diseases (such as the present covid pandemic) or other calamities similar to those mentioned or not.

On the 25th March, 2020 the Governor General declared that a SOE existed in Antigua and Barbuda as a result of the Coronavirus, which has been declared a dangerous infectious disease.

Now, under section 6 (1) of the Emergency Powers Act, Chapter 147 of the Laws of Antigua and Barbuda the government is given the power to make regulations to control and regulate certain things such as (a) to impose on any person any restrictions in respect of his employment or business, in respect of his place of residence, and in respect of his association or communication with other persons (b) to prohibit any person from being out of doors between such hours as may be specified except under the authority of a written permission granted by such or person as may be specified. It is clear that under this section the government can abridge our Constitutional fundamental rights of freedom of association and freedom of movement.

Can anyone tell me whather the government has published any Regulations under the SOE that  resulted from the Governor General’s  Proclamation of the 25th March, 2020? This is the MILLION DOLLAR question  and if the answer is no, which I believe it is since I cannot recall any Regulations being published under the SOE, then it means that the present Regulations that are implemented at the moment are those Regulations that were made pursuant to the Public Health Act. What this means, therefore, is that the implementation of the present curfew is done under the Public Health Act and not the SOE that was declared by the Governor General. It should be clear then that a SOE is not necessary for the operation of the curfew.

The question that should be asked now by very keen observers, is whether the constitutionality of the curfew under the Public Health Act can be challended since our fundamental rights are abridged. The answer to that question would also be a resounding NO.

Now, as everyone knows the Constitution is the supreme law as is stipulated in section 2 of the Constitution and any law that is inconsistent with the Constitution is automatically void and is of no effect. However, the Consitution itself also provides circumstances in which a law which normally would appear to breach certain of our fundamental rights, would be considered valid and lawful under those particular circumstances and could not be successfully challenged in court.

Under the Public Health Act Regulations our freedom of movement and freedom of assembly are presently curtailed with the 8 pm to 5 am curfew and the number of people that can attend weddings and funerals etc.  This my dear readers is absolutely legal.

Why is the curfew under the Public Health Act legal you may ask? Well it is absolutely legal because the Constitution provided for such a circumstance. I will now outline the source of this legality under the Constitution.

Recall that the curfew imposes essentially restrictions on our freedom of movement and freedom of assembly, two of our most important fundamental rights.

Now as sacrosanct as the right of the freedom of movement is, the Constitution goes on to say at section 8 (3) “Nothing contained in or done under the authority of any law shall be held to be inconsistent with or in contravention of this section to the extent that the law in question makes provision for as stipulated in section 8 (3) (b) “the impositions of restrictions on the movements or residence within Antigua and Barbuda or on the right to leave Antigua and Barbuda of persond generally or any class of persons in the interests of defence, public safety, public order, public morality, or public health ….. except so far as that provision or, as the case may be, the thing done under the authority thereof is shown not to be reasonably justifiable in a democratice society.

Again, as sacrosanct as the fundamental right of the freedom of assembly and association is, the Constitution at section 13 (2) provides the caveat that “Nothing contained in or done under the authority of any law shall be held to be inconsistent with or in contravention of this section to the extent that the law in question makes provision as stipulated in section 13 (2) (a) (i) “that is reasonably required in the interests of defence, public order, public morality or public health.

Now, given the seriousness of the coronavirus pandemic and the deaths that it has caused worldwide and also here in Antigua and Barbuda, no right thinking person if asked the question whether the measures taken by the government to combat the spread of the coronavirus was reasonably required and justifiable would most likely say yes.

It is therefore because it would be reasonably justifiable to take drastic measures to combat the conronavirus pandemic, which is a dangerous infectious disease, why the Constitution makes provisons for some of our fundamental rights to be curtailed in such a situation. It is in that regard, that section 102 (1) of the Public Health Act gives the Central Board of Health wide powers to take any measures to deal with any dangerous infectious disease.

The government is therefore legally confused when it says that the SOE is required for the existence of the curfew. In fact, the present curfew is being implemented under the Public Health  Act and not under any emergency power since the government never published any Regulations under the SOE.

The curfew therefore does not need a SOE. The government can therefore remove the SOE without changing the status quo. However, maintaining the SOE is a very insidious and unnecessary move by the government to give it excessive powers of detention as stipulated in section 17 of the Constitution if it chooses to use that power.